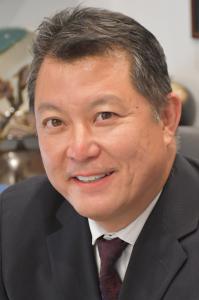 LAS VEGAS, NEVADA, UNITED STATES, October 15, 2021 /EINPresswire.com/ — In Nevada, you are not legally required to submit to a field sobriety test, says Garrett Ogata. They will also not suspend your license on the sole grounds of refusing to take a field sobriety test. Your license will only be suspended if you are arrested for a DUI or if you are found guilty by a DMV hearing.

If you do end up taking a field sobriety test, these are the tests you will have to perform in Nevada, says Garrett T. Ogata.

Walk-and-Turn (WAT) – This sobriety test requires you to walk a straight line with 9 heel-to-toe steps. Then you must turn around and do the same in the opposite direction. The officer will be looking for 8 signs of impairment:

Not able to keep balance while listening to instructions

Strays from the line

You can see how even someone dead sober could accidentally fail this test, says Garrett Ogata. Failure could be caused by uneven surface, untied shoes, your age, an injury, inner ear problems, inattentive disorder, or just being 50 lbs overweight.

Horizontal Gaze Nystagmus (HGN) – Impairment can make it difficult to focus your eyes and slow your ability to follow objects. That’s why this test is conducted by an officer asking you to follow his finger, pen, or light with your eyes from side to side. They are looking for:

Between the two eyes, if the officer sees four indications, it is considered proof of a BAC of .08, says Garrett Ogata. However, there are many reasons why a person may fail this test that has nothing to do with sobriety, and it’s also very possible that an officer may not perform it correctly.

One Leg Stand (OLS) – This test is exactly what it sounds like, says Garrett T. Ogata. The officer will have you stand with one foot about six inches off the ground for a count of thirty seconds. The officer will watch for:

Trouble staying balanced without the use of your arms

Just two instances of the above mean the officer considers you impaired. Obviously, there are many factors that could cause you to fail this test that have nothing to do with your sobriety.

Garrett T. Ogata is certified by the National Highway Traffic Safety Administration (NHSTA) and a co-founder of the Las Vegas DUI Center. To schedule a free consultation call 702-707-7085.