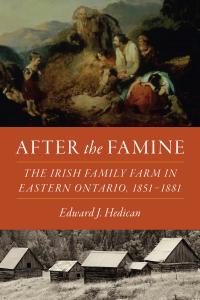 Edward Hedican’s Irish of Canada, After the Famine 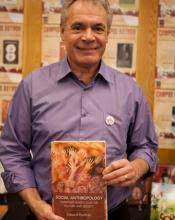 GUELPH, ONTARIO, CANADA, June 16, 2021 /EINPresswire.com/ — Most Canadians have heard the story of how thousands of Irish immigrants arrived in Canada after the Great Hunger, also known as the irish Potato Famine. Edward Hedican recounts a deeply personal story developed in an atmosphere of academic generosity that presents academically rigorous, intellectually expansive insights into this critical event in the formation of Canada.

Although the story of Irish emigrations in the nineteenth century has been copiously documented, most Canadian anthropologists have avoided the story of the Irish immigration to Canada. For Hedican, study of the Irish in Canada began as his search for his own origin story. He knew that his own family had immigrated to then-Western Canada after the Potato Famine and prospered, but even after traveling to Ireland, he never discovered the fate of his namesake, Bernard.

The records of Edward Hedican‘s family had been destroyed in the Irish Civil War of 1920-1921. Understanding his Irish roots became an academic endeavor.
As a teaching academic, Hedican did something extraordinarily generous that simply “isn’t done.” He invited his students to pursue studies of the Irish in Canada in reading courses, convened groups of students for regular discussion of their findings, and included them by name in academic papers resulting from their classwork. This research gave Edward Hedican the factual groundwork for a novel analysis of this important event in Canadian history.

Understanding irish Immigration, Hedican writes in Irish of Canada, requires a holistic view of the immigrants themselves. The population of Ireland had exploded in the late eighteenth and early nineteenth centuries. At the same time, Irish farmers lost the land on which to grow wheat. When their tiny patches of potatoes failed, they faced a choice of starvation or emigration.

Cartloads of hapless irish immigrants were unceremoniously dumped in the towns of Western Canada, but at that time, Western Ontario had some of the best land for growing wheat — the precious food of which the immigrant Irish had been deprived — in North America. The immigrants started growing wheat under dubious climatic conditions but prospered until the market for wheat collapsed in the 1860s, so the conventional retelling of the story goes.
Hedican takes a deeper, more nuanced view.

Hedican’s view is that the Irish immigrant population grew large enough to take on a rich complexity as Irish families accumulated resources to give their children a better life off the farm. Even while the productive capacity of the land was being depleted, Irish immigrant families began to accumulate money, giving them the promise of other kinds of opportunities in towns and cities across Ontario and across Canada.

Edward Hedican’s understanding of irish immigrant families, however, balances opportunity and spirituality. Precisely because of the challenges of climate and soil in Eastern Canada, families did not grow too rapidly for family members to continue living together or near their parents. irish immigrants, their children, and their neighbors cooperated with each other. Sometimes cooperative activities in the community were performed with the expectation of labor, goods, and services. Of course, these kinds of expectations persisted as the grandchildren and great-grandchildren of irish immigrant farmers moved to the cities. But much of the cooperative effort of the Irish immigrant farmers was in gratitude for the gift of life itself, with hopes that benefits of labor would befall future generations yet unborn.