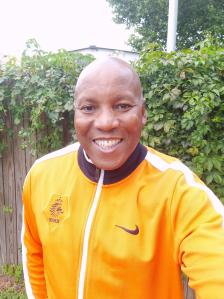 FRISCO, TEXAS, UNITED STATES, October 20, 2021 /EINPresswire.com/ — The Dutch Football Club today announced that Dennis Genas is the new Director of Coaching for the “Orange Army.” Genas was recruited to enhance the growth of the club and the quality of its soccer culture.

Genas holds a USSF “A” License and was most recently head coach of the Fort Worth Vaqueros NPSL team. Prior to relocating to the Dallas-Fort Worth area, he was a Director of Coaching in New Mexico for a number of clubs and a member of the Region IV coaching staff. Throughout his career, Genas has prepared numerous players for college-level soccer and mentored many coaches through clubs and clinics.

“As an avid fan of Dutch Football, I am extremely excited to be given the opportunity to be the new Director of Coaching for Dutch FC,” said Genas. “I am looking forward to enhancing the quality, growth and performance of the girls and boys soccer program. My coaching style is based on the quality of the Technical Tactical Progressive Development (TTPD) style. Dutch FC is a great family and community club. It is fun and competitive and truly committed to developing great individuals using the Dutch method of a concentrated, positive soccer environment and culture of team building. It is an honor to share my experience and passion for soccer with the Dutch FC family.”

“We are so excited and astonished that Dutch FC attracted such an experienced leader to help us grow,” said Executive Director and Founder Wilco Ravestijn. “From the moment we first talked on the phone to meeting up at the fields, there was a genuine connection with Dennis’ style and core beliefs. We share the same vision for Dutch FC, which made the decision to recruit him such an easy one. All the coaches and volunteers were excited to meet Dennis and look forward to his leadership.”

The Dutch Football Club is a low-cost, high-value model approach to select soccer that is based on the philosophy and methodologies of Dutch soccer. Football clubs across the Netherlands have had incredible success with the program. Holland is known for the most successful youth development systems in the world. Its clubs are renowned for producing hundreds of top players like Virgil van Dijk, Johan Cruijff, Vivianne Miedema, Lieke Martens and many more.

“We implement an economic and guided discovery training process where we accelerate the development of a player’s technical skill sets. The program enables the club to rapidly level up our focus to the game’s tactical, strategic and thinking sides of the game,” said Ravestijn.

Dutch FC provides a highly qualified coaching staff and follows the famous Dutch soccer curriculum that guides players from 6 to 18 years old. Its select program costs 50% less than other clubs thanks to loyal sponsors, partnerships, donations and fundraising, without sacrificing any quality. Many of its staff are USSF A, B or C-licensed coaches with extensive playing and coaching backgrounds.

To view its programs visit dutchfc.com/programs.

For players and families interested in learning more about the Dutch Football Club or interested in coaching, contact Genas at (505) 615-3182 or Ravestijn at (214) 682-2037 or visit DutchFC.com.