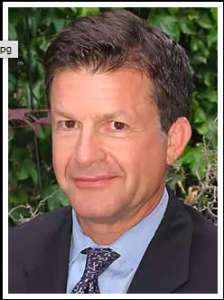 The “Best of Los Angeles Award” community was formed four years ago and consists of over 7,600 professional members living and working in Southern California. It celebrates the best people, places, and things in Los Angeles with the slogan “No Ads. No B.S. Only the Best.”

“The mission of the community is to celebrate the best of Los Angeles and allow its community members to connect with other members who share the highest standards of quality and integrity,” expresses DeRose. “We’re honored to include Dr. William Harrell into our BoLAA family.”

Dr. William Harrell specializes in internal medicine and has been in practice for more than 20 years. The breadth and depth of internal medicine draw in only the brightest doctors, and Harrell has proven himself to be one of the best. According to the U.S. News, Harrell won the Patients’ Top Choice Award.

He performs physical exams and treats a broad spectrum of illnesses found in men and women. Harrell’s clients have consistently referred to him as a scholarly and kind doctor.

In 1987, Harrell graduated from the Keck School of Medicine of the University of Southern California. He then completed his residency at the LAC+USC Medical Center.