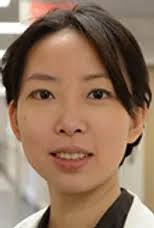 The CRF is excited to support this new area of research that looks at CHM effects on females of which little is known. It’s important to increase our knowledge about all aspects of CHM.”
— Neal Bench, CRF board president

SPRINGFIELD, MA, UNITED STATES, September 27, 2021 /EINPresswire.com/ — The Choroideremia Research Foundation (CRF) is pleased to announce that Dr. Cynthia Qian, MDCM, FRCSC is the recipient of the 2nd Annual CRF Randy Wheelock Research Award. Dr. Qian is an ophthalmologist of surgical retina in the Department of Ophthalmology, Centre hospitalier universitaire Sainte-Justine. The award is for $50,420 and jointly funded with the Choroideremia Research Foundation Canada.

Choroideremia (CHM) has been historically considered a condition that is usually evident in males, while female patients are only carriers of the disease. However, There is growing clinical evidence that females may also experience some degree of symptoms, especially in older female patients. Dr. Qian’s study will explore the link between genetic mutation, retinal architecture and retinal function in this population and attempt to identify biomarkers which may be useful in monitoring the progression of the disease. It may indicate whether female patients may be gene therapy treatment candidates in the future.

“The CRF is excited to support this new area of research that looks at CHM effects on females of which little is known,” said Neal Bench, CRF board president. “It’s important to increase our knowledge about all aspects of CHM in the search for treatments and a cure.”

Randy Wheelock became involved with CRF in 2007 and eventually served as the organization’s Chief Advisor for Research and Therapy Development. He was an integral part of the organization’s achievements over the years. To keep Randy’s dream alive after his passing in 2019, CRF launched the annual award in support of emerging scientists and research professionals working on choroideremia (CHM) or related issues.

The 2022 research award call for proposals will be announced in January 2022 with submissions due by March 31. Please visit curechm.org for more information about CHM as well as CRF-funded research, resources and services.