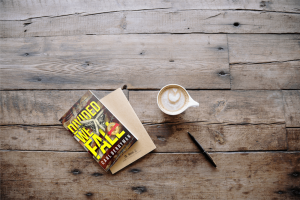 What will the American people do when tyranny and political correctness become the law of the land?

The tyranny of socialism is being whitewashed by liberal educators who ignore the loss of freedoms it requires. The armed forces are controlled by the politicians which can become tools of repression.”
— Carl Berryman

PITTSBURG, CA, USA, September 29, 2021 /EINPresswire.com/ — Will the future of America change drastically when tyranny and political power surge? Will the Land of the Free be surrendered? Author Carl Berryman published his book titled, Divided We Fall. The main character, Ethan Bradley, is wanted by the state for his views on the second amendment. His wife, a liberal, has left him. Bradley has been commissioned to command a brigade of infantry in the Big Horn Basin, Wyoming. Ultimately, the Republic of the Nation of
Missouri—composed of the Rocky Mountain and Plains states—gained independence. Though President Newkirk sought at all costs to avoid the Union splintering, that failed, and he is put on trial and imprisoned for attempted murder and treason.

Politicians continue to consolidate political power in their hands under the banner of political correctness and socialism of spreading the wealth for everyone. The tyranny of socialism is being white-washed by liberal educators who ignore the loss of freedoms it requires. The armed forces are controlled by politicians, which can become tools of repression. Will individual patriots rise to protect the Constitution as written by the Founding Fathers? Where are the George Washingtons and Benjamin Franklins of today?

“Berryman has created an impressively massive work, spanning the globe and enormous in its complexity. Like the author’s other recent books, which point to a barely-recognizable America in the near future, here Berryman makes the case that rampant immigration, crime, globalization, rise the ‘welfare state’ and loss of individual liberties have merged to create a perfect storm wherein the USA, as it was once known, is now barely recognizable.” — Jonah Meyer, U.S. Review of Books.

Authors Press is an online publishing company and book reseller catering to the needs of both experienced and aspiring authors as well as readers. They offer the best publishing solutions for full-time and independent authors. The company’s team of proofreaders, editors, designers, and publishing professionals are committed to achieving industry standards for their client’s work to be published, marketed, and sold.