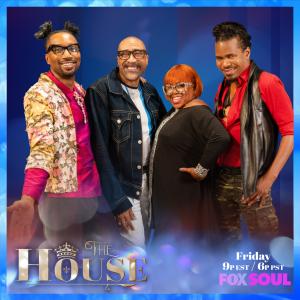 The House is in good company at Fox Soul as their fall 2021 lineup includes Chopping It Up with Charles Oakley, Getting Back to Bri, Cocktails with Queens, starring Claudia Jordan, LisaRaye McCoy, Vivica A. Fox, and Syleena Johnson, Hollywood Unlocked with Jason Lee Uncensored, as well as content from Dame Dash Studios.

Aaron Johnson Levy created the concept for The House, motivated by the lack of role models he had growing up as a gender-nonconforming Black boy in a conservative environment. “I envisioned this platform being a source of inspiration, learning, and healing for all who yearn for soul-freedom.”