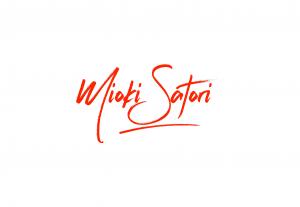 I was drawn to NFTs to be part of the movement of an emerging art form and something so early in its infancy,”
— Mioki Satori

LOS ANGELES, CA, UNITED STATES, October 14, 2021 /EINPresswire.com/ — LOS ANGELES – October 14, 2021 – Noted artist Mioki Satori is realizing a single-edition NFT collection of 19 pieces on Wednesday, October 20, and a portion of the collection will be available through an auction on OpenSea, the world’s first and largest NFT marketplace.

Satori’s work shares themes of cyberpunk, sci-fi and futuristic city landscapes. The collection being offered on OpenSea will be a mix between JPEG and GIF images. Satori also incorporates kanjis, the system of Japanese writing using Chinese characters. Each piece has its own signature kanji with an ensō circle. An ensō circle is a sacred symbol in the Zen school of Buddhism and is one of the most common subjects of Japanese calligraphy, even though it is a symbol and not a character.

One piece that is certain to be popular is a portrait, “Asahi – Morning Sun.” Satori said the work is meant to evoke a feeling of the golden hour of light and of walking through a pathway of cherry blossoms as the cherry petals fall.

Satori’s two favorite pieces are tied together with a fictional character named Jade, part of a fictional world named Red Dawn City. Jade in one piece is seen looking out of the window to a panoramic view of the city. Taking in the view of the rich, vibrant landscape. In the following piece with Jade, Satori decided to use the same Kanji symbol to bring the two pieces together and did not want to take away from the character.

Satori says she has always been drawn to the aesthetics of visually stimulating vibrant colors that pop. Satori’s two favorite pieces were created into GIFS, to create a short animation and bring the vibrant city to life.

“I was drawn to NFTs to be part of the movement of an emerging art form and something so early in its infancy,” Satori said.

The OpenSea auction can be seen at https://opensea.io/MiokiSatori For more information on Satori, visit www.miokisatori.com.