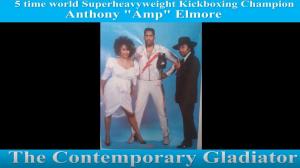 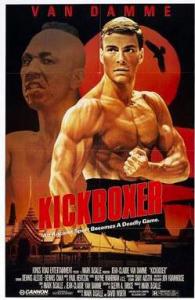 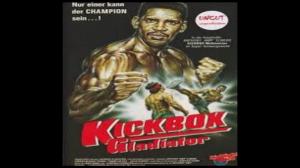 When I built my studio, I built it in a neighborhood that is one of the poorest black neighborhoods in Atlanta so that young black kids can see that a black man did that and they can do it too,”
— Tyler Perry Owner of 1st Black Film Studio in America

MEMPHIS, TN, UNITED STATES, October 6, 2021 /EINPresswire.com/ — Memphis, Tennessee is best known as the birth place of Blues, Soul and Rock and Roll has an untold history as the epicenter of Karate/Kickboxing in America. The Hollywood Reporter noted that Netflix spent over $20 million for the Black Hallie Berry Kickboxing film titled “Bruised.” Bruised is the largest acquisition deal in streaming film history. It is unprecedented that the highest paid film in streaming history is a Black film about a Kickboxer. Memphis first Independent Feature Film is also a Black film about a Black Kickboxer. Amp Elmore Kickboxing World heavyweight Champion is fighting the Memphis establishment for his rightful recognition of being acknowledged as Memphis 1st Independent feature filmmaker.

In November of 1987 Elmore begun production in Memphis of a film he wrote, produced, directed, starred and scored titled “The Contemporary Gladiator.” The story is a semi-autobiographical film that chronicles Elmore’s story about his rise from being a young Malcolm X to a Muhammad Ali to a World champion Kickboxing Bruce Lee.

Elmore’s Memphis produced film is America’s most authentic Kickboxing film. Elmore notes we are historic and revolutionary because of our stance to create an unapologetic Black hero Karate/Kickboxing story. Elmore explains that we purposefully and intentionally set out to create an authentically Black produced story that reflex the history and culture of Black America USA.

Elmore created a Memphis Mid-South Kickboxing culture whereas Memphis lead the nation creating four “World Kickboxing Champions” from one stable. Elmore convinced Mid-South Kickboxers not to fight each other, instead to pool our resources and talents together to create a Mid-South stable of dynamic fighters, The result was the creation of 4 world champions. Elmore was 1st, Memphis Tony “The International Tiger” Rosser was second, Jimmy “The Jet” Bland out of Southaven was third and Dennis “The Mongoose” Roberts out of West Memphis was fourth.

Elmore begin filming his semi-autobiographical film in 1987 in his historical Memphis Black Community of “Orange Mound.” Orange Mound is the 1st Community in America built for Blacks by Blacks. In 2016 1st Lady Michelle Obama named “Orange Mound A Preserve America Community.” Elmore’s 1987 film production was Memphis 1st 35mm film production. Elmore’s challenge in Memphis, Tennessee is the story of Memphis White Supremacy, Racism and Black on Black Racism. Elmore’s 1987 film production lead Elmore to be the 1st client of White Memphis Shelby County Film Commissioner Linn Sitler. Elmore explains that Linn Sitler’s record speaks for itself in that she has a 34 year history of White Supremacy, Racism and discrimination against Black Films and Black Filmmakers.

Unknown to Elmore in 1987 was the fact that his film production presented an unusual challenge and dilemma to the Memphis film culture. Elmore’s film was Memphis 1st Independent feature film production. Elmore explains that it is clearly White Supremacy and Racism that Memphis Shelby County Film Commissioner Linn Sitler could not accept the fact that Memphis 1st Independent feature film was being produced by a Black man, in a Black Community, about a Black hero via a Black Cultural story.

Under normal racial free circumstances Elmore’s 1987 film production would have garnered not only national attention, Elmore film production story would have commanded “International Attention.” Filmmaker Spike Lee premiered “She’s Gotta Have it” in 1986. In 1987 Black Filmmaker Robert Townsend created a prodigy about his life called “Hollywood Shuffle.” At the time of the film production Elmore was a local hero and a World champion Karate/Kickboxer and a Black role model.

Elmore explains; in spite of Memphis White Supremacy, Racism & Black on Black Racism our 1988 film release “The Contemporary Gladiator ” place Memphis in the honorable seat of “American Film History.” Elmore notes that in 34 years since making the film “The Contemporary Gladiator” Memphis Shelby County film Commissioner Linn Sitler has never invited him to anything film related and the White Memphis media has never written a positive story about Elmore’s movie. The fact remains that Anthony “Amp” Elmore hold a distinguishable place in “American Film History.” We produced in Memphis, Tennessee not only “America’s 1st Kickboxing Movie” we are the first movie American history that tells a true Black story of the culture and history of a Black person’s involvement in Karate and Kickboxing.

Elmore explains while we in Memphis today face White Supremacy, Racism and Black on Black racism whereas in Atlanta Black Filmmaker Tyler Perry created a multi-Billion dollar Black film culture. Tyler Perry’s success proves that Black Films and Black Filmmakers have a place in America. The Memphis Shelby Film Commission board is headed by Black woman by the name of Gail Jones Carson. The Memphis film Commission board refuse to acknowledge Elmore’s historic contribution to the City of Memphis, Elmore’s contribution to America’s culture of Kickboxing in America and Elmore’s film contribution to Black America.

Elmore explains that our 1988 film contribution transcends Memphis White Supremacy, Racism and Black on Black racism in that our film will one day belong to “The National Film Preservation Foundation.” We are not only the first, real and true Karate/Kickboxing movie in American movie History, we are the 1st and true story in American film history of a real Black African/American Karate/Kickboxing Champion. Elmore explains that there are legends and stories of Asian Karate masters in our film we show a real Black Memphis Karate Master Elmore’s teacher Julius L. Dorsey who plays himself.