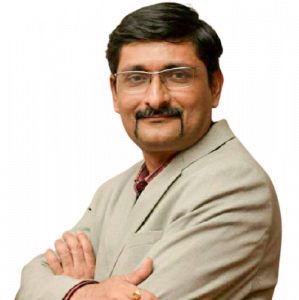 With the recent increase in cybercrimes, the government of India is coming up with Personal Data Protection Bill, 2019 was introduced in Parliament.

MUMBAI, MAHARASHTRA, INDIA, July 13, 2021 /EINPresswire.com/ — When it comes to data privacy it looks like users have every option available to them except for the one they want — control over their data. This includes knowing who’s collecting data, where it’s being stored, how it’s being used and what can be done if it’s misused instead.

With the recent increase in cybercrimes, the government of India is coming up with its own data protection laws, Personal Data Protection Bill, 2019 was introduced in Parliament. The Bill has been referred to a Joint Parliamentary Committee for detailed examination, and the report is expected by the Budget Session, 2020. The Bill seeks to provide for protection of personal data of individuals, create a framework for processing such personal data, and establishes a Data Protection Authority for the purpose

1. Impact of Other Bills like GST, Demonetization & RERA on Small Businesses

Demonetisation has been very disruptive, especially for MSMEs, and constant job creation has not happened. Things would have returned to normal earlier but then the Goods and Services Tax (GST) came in. It has been a double whammy for the industry. Even as the economy has largely recovered from the shocks of demonetisation and GST implementation, micro enterprises with borrowings of under Rs 1 million are yet to fully recover. It can be noted that the uptick in growth, wherein the GDP expansion accelerated to a 7.2 per cent, had led many watchers to say that the worries of the twin reform measures are behind the economy.
A significant share of the working population in real estate comprises migrants who typically work for a few months before returning to their village. They prefer to be paid in cash. Since paying them wages due to RERA was a huge problem for small builders, these people returned to their village.

In August 2017, the Supreme Court held that privacy is a fundamental right, flowing from the right to life and personal liberty under Article 21 of the Constitution. The Court also observed that privacy of personal data and facts is an essential aspect of the right to privacy. In July 2017, a Committee of Experts, chaired by Justice B. N. Srikrishna, was set up to examine various issues related to data protection in India. The Committee submitted its report, along with a Draft Personal Data Protection Bill, 2018 to the Ministry of Electronics and Information Technology in July 2018. The Statement of Objects and Reasons of the Personal Data Protection Bill, 2019 states that the Bill is based on the recommendations of the report of the Expert Committee and the suggestions received from various stakeholders.

3. How It Can Affect SMEs like DSA, BPO, Loan sales etc.
A key challenge for the financial sector will thus be to streamline their existing obligations and activities with the requirements of the draft Personal Data Protection Bill, 2019. Fintech companies are providing an increasing number of services to customers (banks, personal finance managers), to banks (video KYC services, payment aggregators), to other companies like merchants (risk management services, customer lifecycle management) and even to other fintech companies (credit scoring, analytics). A number of these often fall outside of traditional regulation.

The PDP Bill brings in major compliance obligations, for the first time for some, and in particular for data intensive activities.

4. Expectations from Government to protect SME

Dr. Prakash Bhosale, PhD in Business Journalism and writes on various issues on NBFC , Prospect marketing , data analytics etc further he said, “We need legitimate standards, guidelines and all the more huge scope changes to guarantee that residents are not designated and that protection isn’t encroached on in an unlawful way. The public authority should concoct a thorough arrangement of laws which consider the interest of Indian new businesses just as the Indian tech industry,” he said.
As the Data Protection Bill, 2019 is approaching a finished form, we presently stand by to check whether the government looks closely at the draft and addresses a portion of the worries raised.