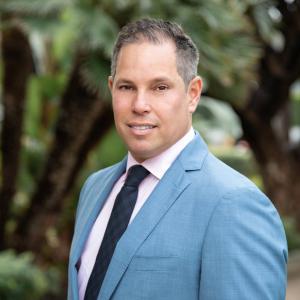 “We’re honored to include Danny Brown of Compass into our BoLAA family.” ~Aurora DeRose

The “Best of Los Angeles Award” community was formed six years ago and consists of over 7,600 professional members living and working in Southern California. It celebrates the best people, places, and things in Los Angeles with the slogan “No Ads. No B.S. Only the Best.”

“The mission of the community is to celebrate the best of Los Angeles and allow its community members to connect with other members who share the highest standards of quality and integrity,” expresses DeRose. “We’re honored to include Danny Brown into our BoLAA family.”

After graduating from the University of Southern California, Brown began his career in real estate in 2002. Since then, Danny Brown has become a top luxury real estate broker at one of the best firms in Los Angeles, Compass. With twenty years of experience, Brown has successfully represented clients all throughout the city, specializing in Beverly Hills, Bel-Air/Holmby Hills, Little Holmby, Cheviot Hills, Brentwood, Santa Monica, Pacific Palisades, and Malibu.

He has been a vital proponent of Compass. He has closed over 400 transaction sides, earned $1.2B of sales volume, and helped expand Compass’ footprint throughout California and the Western United States. Additionally, over past years, Danny Brown has consistently ranked in the Wall Street Journal REAL Trends top 250 real estate agents in the country.

In 2019, he launched his thriving podcast, “The Deal with Danny Brown,” where he interviews high-level Entrepreneurs, CEOs, Athletes, and Real Estate Agents to discuss their journeys and keys to success. It’s now streaming in 59 countries on every continent. “I’m passionate about the podcast format. It is a fantastic platform to broadcast what I do every day, and shine a light on the incredible relationships I have with really interesting, successful people “, states Brown. His podcast can be found on Apple Podcast, Stitcher, Youtube, and anywhere podcasts are consumed.