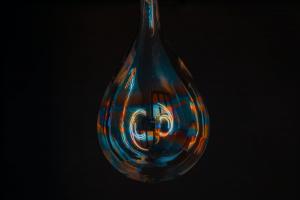 Daniel Hahn Speaks on Invention Being Necessary to Society

Daniel Hahn Discussed His Belief That Invention is Critical to Society

RALEIGH, NC, USA, September 24, 2021 /EINPresswire.com/ — Daniel Hahn says Raleigh NC businesses have helped to reinvigorate that area over the years and focus heavily on creative new ideas. He believes that his success is an essential signpost for why invention is so important. Knowing how to tap into creativity, he says it is possible to transform the world and make it a better place. And one doesn’t have to be a genius, Daniel Hahn says, to do it. Instead, he believes even average people can be inventive.

Why Daniel Hahn Still Believes in Invention
The concept of invention once drove many people to create new and imaginative tools, Daniel Hahn says, but has become passe to some in the world of internet marketing and app creation. However, he wholeheartedly believes that the world runs and thrives on new inventions and concepts created by intelligent people. And he doesn’t think that it takes a genius to make a product that can change the world.

For example, Daniel Hahn transformed much of the child entertainment industry with his $100 million bounce house industry. Starting with just a small loan and one bounce house, Daniel Hahn was able to create the trend of fun bounce houses that have become so popular with young and older adults alike.

And Daniel Hahn states that this invention required no genius to create – he credits hard work, ingenuity, and a willingness to provide a service that people want. As a result, he strives to impress the concept of invention in people and has worked to make his businesses as successful as possible. Following his simple steps is something that he believes just about anybody can do with focus and a willingness to work hard.

How to Spot Invention
Daniel Hahn says the concept of invention shouldn’t be limited to just ideas like the light bulb, electricity, and automobiles. Instead, he believes people need to look for inventive minds and creative concepts that produce new products. Invention doesn’t have to create something totally new but should be innovative in many ways, Daniel Hahn of Raleigh NC states.

He points to his idea of the bounce house as one inventive concept that was correctly executed. Daniel Hahn didn’t invent the bounce house but had the foresight to see that it could be a profitable business venture. He believes that it is more important to know how to FIND an inventive idea than it is to create one, such as investing in new medical treatment to manage the coronavirus.

Lastly, Daniel Hahn emphasizes the importance of hard work over genius, believing that anybody can create inventive ideas if they push themselves. But they shouldn’t force this work, he states, because great ideas should come naturally and easily. And when they do, Daniel Hahn says that having the strength to jump on them is critical for success in this field.