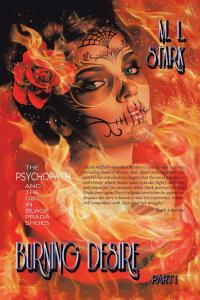 Burning Desire: The Psychopath and the Girl in Black Prada Shoes Part I 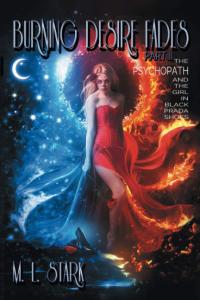 Burning Desire Fades: The Psychopath and the Girl in Black Prada Shoes

UNITED KINGDOM, September 8, 2021 /EINPresswire.com/ — The American Psychological Association defines sociopathy, also known as antisocial personality disorder, as a chronic disposition to disregard and violate the rights of others, with an utter lack of guilt, remorse and empathy. In author M.L. Stark’s “Burning Desire” series, a successful though concerned woman seeks treatment from a doctor only to find herself ensnared and manipulated by a sociopath. “Burning Desire: The Psychopath and the Girl in Black Prada Shoes Part I” and its sequel “Burning Desire Fades: The Psychopath and the Girl in Black Prada Shoes” follows Mary as she wounds up in a twisted affair rife with danger, and she must struggle to survive with her sanity and humanity intact.

Drake Lucifer Bates presents himself as a decent man, a model citizen, a doctor who supposedly helps people. Mary is an established woman whose life has hit the rocks and seeks treatment, and over the course of therapy, their relationship as doctor and patient takes a dark turn. It begins with inappropriate flirting but before she can realize the extent of what is occurring, he goes too far, and it is too late for her to escape. He has snared her in his spider web, manipulating her and winning over her compassion and attraction.

It seems idyllic at first, but their love affair is just part of Drake’s chilling and malicious plan. His modus operandi is to charm wealthy patients, steal from them and ultimately wrap up any loose ends. This has fatal implications, and Mary must realize what is going on, pierce through the veil he has placed over her eyes, in order to have a chance at surviving.

In “Burning Desire Fades: The Psychopath and the Girl in Black Prada Shoes,” the continuation of the series, Mary is still reeling from what occurred to her when she gets reunited with Drake and taken to the brink of insanity. He enslaves her with his wiles, but this time the web of fraud, lies and torment expands further, and the abusive relationship evolves. But this time, Drake in his delusions of grandeur may have bitten off more than he can chew, for in Hong Kong, he finds himself pursued by the mafia.

The situation is more dangerous than ever for Mary. Amidst a tapestry of organized crime, fraud and deception she finds herself in the crossroads: whether to continue being Drake’s victim or take control of her situation and devise a way to come out on top.

“With my story I am hoping to connect with people and deter them from facing a toxic relationship in their lives by sharing my real-life events.” Stark says. The author has been married for over 20 years and has adult children and grandchildren. She based certain elements of the story on real-life events. When Stark was middle-aged, she underwent a divorce and met a new man who mentally abused her. These experiences and her survival have empowered her to write stories about surviving cruelty and abuse.

Through her novels, readers can relate to the experience of living with a psychopath. Stark gives a sobering glimpse of the inner workings of psychopathy, how they think and operate, and their disregard for their victims’ experiences. She dares to discuss what it is like to be in an abusive relationship, and shows the power in embracing the experience, prevailing and ultimately recovering from the abuse, escaping the psychopath and helping others tap into their empathy and prevail over similar hazards.