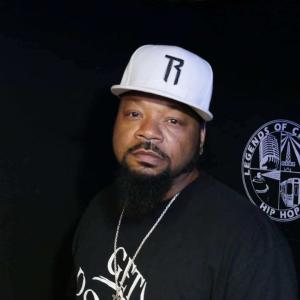 DA
was raised in both the Altgeld Murray and Robert Taylor projects, now CEO, a living legend in the Chicagoland area.

CHICAGO, IL, COOK, September 1, 2021 /EINPresswire.com/ — DA Smart has been blessed with the ability to move crowds with his magnetic personality, dynamic energetic stage presence, and entertaining, fun-loving Hip Hop talent which spans over two decades. He is a leader and a positive influence in his community. He has a passion to represent those that are lost, “hungry, naked and outdoors”.

DA’s amazing talents as a battle, and freestyle rapper later lead him to have negotiations with big conglomerates like Columbia Records, Warner Bros. Records, Motown Records, and Jive Records. He was signed to RCA Records, and later to Creators Way Associated Labels; which also carried Twista and Do Or Die.

DA has many milestones to enhance his career. He sold over 10,000 copies in one day at the Million Man March in 1995 with his single “One In A Million”. He performed in the video Where Ya At – with Ice T, Rza, Ice Cube, Chuck D, Killah Priest. He even graced the great Eddie Kendricks video “Get it While it’s Hot”. Little known is his prestigious appearances with a star-studded lineup which includes KRS-One, Poor Righteous Teachers, Prince Markie Dee, A Lighter shade of Brown, Cypress Hill, Public Enemy, Twista and he toured Illinois prisons with Mc Lyte. He also was the first rapper to win the Regal talent show competition which jettisoned his already burgeoning career.

DA is now an independent Artist and Chief Executive Officer of the talented Terror Records label. His branding is continuing the household name built for himself and enhanced by the help of his talented team. DA Smart is part of the Legends of Hip-Hop, an organization put together to acknowledge the contributions of Illinois Hip-Hop history makers.