CurtDoty.co markets Fire in the Heartland: The Kent State Story 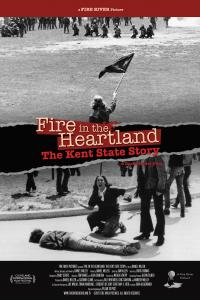 The iconic photos captured in the key art for the movie 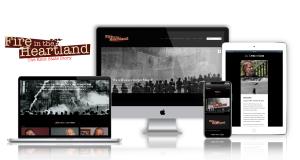 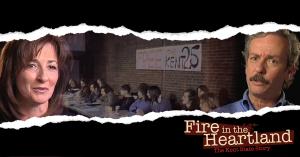 On the 51st anniversary of the shootings on the Kent state University campus, this film documents the student protests on the campus leading up to May 4, 1970.

Fire in the Heartland is a well-crafted story that can and should inspire the next generation.”
— Curt Doty, Creative Director

LOS ANGELES, CA, USA, May 4, 2021 /EINPresswire.com/ — On the 51st anniversary of the tragic shootings on the Kent state University campus, an important film that documents the origins of student protests on the campus leading up to May 4, 1970 is finally here.

Fire in the Heartland: The Kent State Story is the story of the struggle of a generation of students at Kent State University who stood up in the 1960s and 70s for Civil Rights and against racism, violence, and the war in Vietnam, and paid for it with their lives.

The heart and soul of this film are the interviews with over twenty of the people who were at Kent State together during the protests and the events before, after and during the shootings on May 4, 1970.

DANIEL MILLER, the director and producer, says “The process of making Fire in the Heartland over many years has educated me and provided me with grace, wisdom, camaraderie, fun and more than a little help from my friends. I have also experienced working with a new generation of young people on the film. I am honored to do so. If I have received even a touch of the brilliant light they shine on the world, I am the better for it.”

Producers Daniel Miller and Suzanne Clarke hired Curt Doty, creative director and digital strategist, to help market their film. Doty, a former creative executive at Universal Pictures, states “I took on this film after I watched it, as it made me weep. The testimonials were moving and educational. Energized by political movements of today, I felt this echoed today’s discourse on free speech and systemic racism. I have fallen into this niche of helping independent films get to market that have a strong message. Starting with Shadowgram the award-winning film from Augusto Contento. A story of African Americans living in Chicago, following their emigration from the Jim Crow South, it shares the broken promises and listen to their hopes and dreams, followed by Glenn Silber’s Oscar nominated documentary, The War at Home, one of the definitive films that tracks the story of the impact of the war in Vietnam on one American city, Madison, Wisconsin and the University of Wisconsin as a microcosm for the national Antiwar Movement. Fire in the Heartland is a well-crafted story that can and should inspire the next generation.”

Fire in the Heartland contains compelling interviews with Kent State student protesters who were witnesses and activists that day. Some of which include Thomas Grace, Ph.D., who is the primary historian and contributor to the film. His upcoming book, Kent State: Death and Dissent during the Long Sixties, is the definitive history of Northeastern Ohio political history during the period; William Whitaker, Esq., attended Kent State University from 1966-1970. He served as a legal advisor or counsel on every major legal battle related to Kent SDS, the shootings at Kent State and the 1977 Tent City protests in Kent. He is a tireless advocate of human rights and social justice. He is an associate producer, advisor and counselor for the film; The late Alan Canfora, who joined Kent SDS with Tom Grace, Chic Canfora and others to actively pursue campus anti-war efforts at Kent after SDS was banned in 1969. Alan was shot and wounded at Kent on May 4th and dedicated a good part of his life to promoting social justice causes, educating people about Kent and seeking justice for those wounded and killed at Kent; Chic Canfora, a younger member of Kent SDS who joined others to actively pursue campus anti-war efforts at Kent after SDS was banned in 1969. Chic was on campus on May 4 when her brother Alan and Tom Grace were wounded and their friends Jeff Miller, Allison Krause, Sandra Scheuer, and William Schroeder were shot and killed. Chic was indicted along with 24 others known as the Kent 25 for activities on campus on May 4. In 1977 Chic was a vocal leader of the “Tent City” protests for 68 days before she was carried off, arrested and prosecuted for her participation.

Daniel Miller says, “Curt was able to capture our story within the context of marketing our story and has done a great job communicating the many facets of May 4, 1970 and our film.”

Producer Suzanne Clark says, “Curt added another dimension of storytelling for our film and the Kent State University family by harnessing the imagery, videos and testimonials in a way that is compelling and memorable.”

About Fire River Pictures
Fire River Pictures is a production company based in Oregon, led by filmmaker Daniel Miller and his partner and producer Suzanne Clark. Daniel attended Kent State University from 1968 through 1970. He is now a professor at the University of Oregon, the founder and director of the Oregon Documentary Project (ODP) and a documentary film photographer, producer, and director. His films include Fire in the Heartland (Kent State University 1960-1980), Dream To Fly (Howard Hughes and his Aviation Achievements), The New House (A History of Oregon’s Autzen Stadium), Making Pictures (A History of Community Photojournalism), Ninos del Campos (migration education), The Wall (the Vietnam Veterans Memorial Wall). Dan is the faculty advisor and executive producer of more than 40 award-winning public broadcast student-produced documentaries.

Fire in the Heartland Official Trailer

The US corporate wellness market size is expected to reach close to USD 19 billion by 2026, growing at a CAGR of 9% during the […]