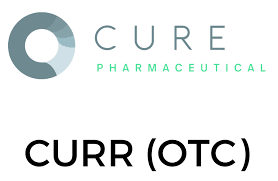 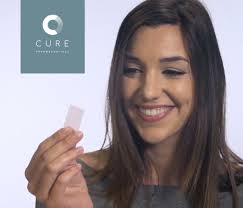 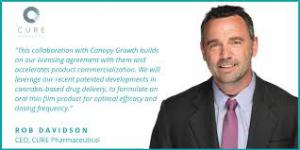 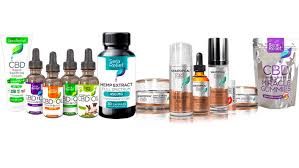 During the first quarter, we made good headway on a number of important fronts. We look forward to talking with shareholders in more detail at our H.C. Wainwright investor presentation on June 1”
— CEO Rob Davidson

CURR is the pioneering developer of CUREform™, a patented drug delivery platform that offers a number of unique immediate-release and controlled-release drug delivery technologies designed to improve drug efficacy, safety, and patient experience for a wide range of active ingredients. CURR delivery technologies include CUREfilm®, an advanced oral thin film; and CUREdrops™, an emulsion technology that can be incorporated into different dosage forms (film, tincture, beverages, etc.), among others. The CURR proprietary clinical pipeline includes CUREfilm®Blue (sildenafil to treat erectile dysfunction), and CUREfilm®Canna (THC and CBD).

As a vertically integrated company, CURR operates a 25,000 square foot, FDA-registered, NSF® and cGMP-certified manufacturing facility enabling it to partner with pharmaceutical and wellness companies worldwide for private and white-labeled production. CURR currently has partnerships in the U.S., China, Mexico, Canada, Israel, and other markets in Europe.

On May 17thCURR reported its financial results and provided an operational update for the first quarter ended March 31, 2021.

 Total revenue rose more than 400% to $1.5 million compared with a year ago and gross profit rose in line with revenue growth.
 Received approval for an Investigational New Drug (IND) application from the U.S. Food and Drug Administration and initiated clinical trials for CUREfilm Blue™, an oral soluble film of sildenafil citrate to treat erectile dysfunction.
 Commenced clinical development of novel delivery vehicles for certain psychedelic compounds including psilocybin, LSD, and MDMA, which are known to treat a variety of mental health disorders.
 Through its Sera Labs subsidiary, launched a new line of Nutri-Strips™ vitamins and supplements that utilize CURR proprietary technology, and which are being sold direct to consumer, including via Amazon.
 Subsequent to quarter’s end, on May 6, 2021 received a $2.3 million payment related to a contract dispute that was resolved in April

During the first quarter CURR made good headway on a number of important fronts. CURR advanced the clinical development of two new programs, one for an antiviral active pharmaceutical ingredient (API) in which CURR will apply its patented CUREfilm® delivery platform to optimize the delivery for certain indications. The other will explore the application of a known anti-seizure API to treat adult and pediatric patients who suffer from its debilitating effects.

On May 13thCURR announced that it has secured International Organization for Standardization (ISO) 9001 certification for its Oxnard, Calif., manufacturing and research facility. ISO 9001 certification recognizes excellence in quality management standards of an organization that places an emphasis on its customers, the motivation and implication of top management, the process approach and continual improvement.

ISO is an independent, non-governmental international organization that supports innovation and the development of solutions to global issues through its standardized guidelines. Over one million organizations worldwide are independently certified, making ISO 9001 one of the most widely used management tools in the world today.

CURR is committed to adhering to if not surpassing the standards set by the ISO. CURR management employs a constant improvement mentality across its organization, which aligns with these standards, and will continue to seek out registrations, certifications and approvals by the various regulatory bodies to keep CURR ahead of the competition in terms of quality standards across nutraceutical and pharmaceutical manufacturing.

ISO certification is granted through a third party and confirms that CURR standard operating procedures are up to the strict standards developed and published by the ISO. The certification also demonstrates CURR dedication to upholding global standards for quality assurance and quality management.

The lively discussion addressed the inception of the CURR Kidman/Seratopical partnership and the brand’s Q2 plant-based product launch, which is ‘Revolutionary.” Duitch and Kidman also discussed some of Kidman’s favorite Seratopical products and the CURR proprietary polymer (PꝫP complex) delivery systems which marry nature and science to create the most efficacious and nourishing products on the market. Watch the Collision 2021 video here: https://curepharmaceutical.com/video/collision-conference-2021/

On April 21stCURR announced successful results from its initial Pharmacokinetics (PK)/bioequivalence studies. CURR will now advance its clinical program with the objective of U.S. Food and Drug Administration (FDA) approval.

On March 23rdCURR announced that it has secured an extension to its Schedule I U.S. Drug Enforcement Agency (DEA) license that will allow the Company to conduct research on psychedelics-based pharmaceuticals using compounds such as LSD, MDMA, and psilocybin as potential treatments for various mental health disorders. The license enables CURR to conduct fully integrated research at its facility utilizing leading compounds and its patented delivery platform, seeking innovative solutions in high-impact and unmet patient need areas.

Schedule I licenses are granted to companies with the qualifications and research protocols for the handling of drug substances with no accepted medical use and a high potential for abuse. Obtaining this type of license is a rigorous process, requiring a well-documented scientific investigation in a formal application, inspection of laboratory facilities and confirmation of facility security.

On March 16thCURR launched a new initiative for the clinical development of psychedelic compounds such as psilocybin, LSD, and MDMA for the treatment of various mental health disorders. Utilizing the CURR patented oral film platform CUREfilm® for precision dosing, the company intends to optimize the absorption and metabolism of psychedelic actives targeting clinical efficacy of both macrodosing and microdosing treatment regimens.

Further research on psychedelic compounds as potential treatments for mental health disorders has gained significant interest in last few years. There is promising research being conducted at the private, academic, and federal level on treatment of depression, PTSD, addiction disorders, obsessive compulsive disorder, and anxiety.

On March 10thCURR announced that it has launched two new clinical development programs and added new corresponding products to its growing pharmaceutical pipeline.

The first is an antiviral clinical development program where CURR will look to load a known active pharmaceutical ingredient (API) onto its patented drug delivery platform CUREfilm®. The second pipeline product addition uses a similar bioequivalence approach where CURR will formulate the delivery of a known anti-seizure API for both adult and pediatric indications. These programs will leverage existing pre-clinical/clinical safety and toxicity data to develop orally bioavailable products and expand the CURR pharmaceutical research & development efforts toward building a specialty pharmaceutical pipeline.

On March 3rdCURR announced that its subsidiary Sera Labs has launched a robust national advertising campaign for its Nutri-Strips thin-film product Sleep A.S.A.P.™ which offers a solution to America’s sleep problem. The global market for sleep aids is anticipated to grow from $81.2 billion in 2020 to $112.7 billion by 2025 with a CAGR of 6.8 percent.

The national campaign reaches more than 15 major markets to target the 70% of adults in America who, according to the CDC, report they obtain insufficient sleep at least one night per week. The campaign coincides with National Sleep Awareness Month and highlight the ease of use and benefits of Nutri-Strips’ RAD₃ (Rapid Activation Delivery) oral thin-film strip technology. Nutri-Strips Sleep A.S.A.P.™ oral thin-film strip does not require water, activates instantly on the tongue, is a fast-acting, non-habit forming solution to traditional pill form sleep aids.

Sleep A.S.A.P.™’s proprietary formulation for sleep was developed by CURR industry-leading scientists who blended five of the most powerful sleep ingredients including Melatonin, Gamma-aminobutyric Acid (GABA), L-Theanine, Vitamin B6, and Beta-Caryophyllene (BCP) into one dose to help you get to sleep and stay asleep.

These news releases and postings may contain forward-looking statements within the meaning of the Securities Litigation Reform Act. The statements reflect the Company’s current views with respect to future events that involve risks and uncertainties. Among others, these risks include the expectation that any of the companies mentioned herein will achieve significant sales, the failure to meet schedule or performance requirements of the companies’ contracts, the companies’ liquidity position, the companies’ ability to obtain new contracts, the emergence of competitors with greater financial resources and the impact of competitive pricing. In the light of these uncertainties, the forward-looking events referred to in this release might not occur.

Immunochemistry Diagnostic Devices And Equipment Market Trends, Strategies, And Opportunities In The Market 2021-2030

TMR The visible rise in technological developments across the world have anticipated the data exchange platform services market to reach US$ 1.3 Bn by 2031 […]

Housing Market Status in Sunnyvale and Its Surrounding Areas

Once the pandemic hit, the way we go about buying and selling houses has changed completely. Open houses are no longer as easily accessible as […]