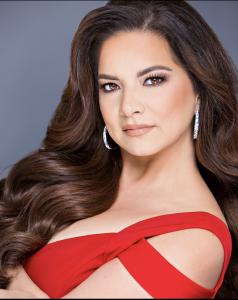 When difficult times arise, remember that challenges are not sent to destroy you, but to teach you, promote and strengthen you.”
— Unknown Author

DALLAS, TEXAS, UNITED STATES, October 6, 2021 /EINPresswire.com/ — Crystal White is the reigning Miss Texas for America Strong and will be competing in the Miss for America Strong pageant in Las Vegas in November of 2021. Crystal is a Harvard Business School graduate, has earned an MBA and BBA from Texas A&M University, and is a successful executive in the Aerospace and National Defense Industry. She is currently finishing her Ph.D. and is writing and publishing her first children’s book. She is a 20-year advocate for Raising Awareness against Domestic Violence. She has passionately served on Executive Boards of Domestic violence shelters and helped multiple organizations raise funds and resources.
In addition to academic and philanthropic achievements, Crystal has graced the covers of International Face magazine and has been featured in Crowns Magazine, Salt Fashion Magazine, Seventeen magazine, and Your Prom magazine. She has also modeled in New York Fashion Week and worked on TV and film sets such as Oliver Stones’s ‘Any Given Sunday,’ CBS Walker Texas Ranger, and feature film Universal Soldiers.
As a survivor of domestic violence, her passion and mission are to spread a message of hope, strength, and perseverance. She serves as living proof that obstacles can not only be faced but boldly overcome towards an enriched and empowered future. Crystal is a powerful woman and has such a significant influence on our young women in America.

If you are wanting to compete for the title of Mrs. Texas in May 2022 Sign Up Here: http://www.enterintoempowerment.com/?fbclid=IwAR3AZM_Ge_9Y3UcZHV63f_aAYSKOXXx7yPI71ylgALPvfJ8AAXa2AOqI3-g