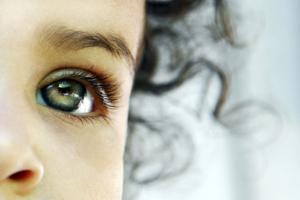 The physical effects of lead in the body can cause hyperactive or inattentive behavior that can result in a child being labeled with “ADHD.” Parents should consider asking their physician if the child should be tested for lead exposure. 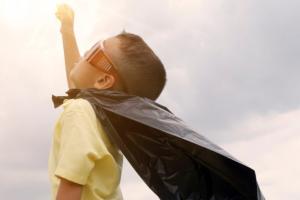 Parents can reduce the levels of lead in a child’s body by finding and fixing lead hazards in the home and by feeding the child food rich in iron, calcium and vitamin C, bringing about corresponding improvement in the child’s physical and mental health. 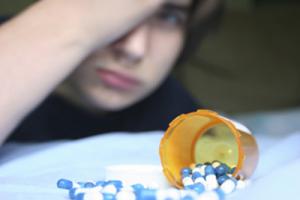 Stimulant drugs typically prescribed for “ADHD” are the subject of at least 34 drug regulatory agency warnings and 32 research studies showing adverse, even life-threatening effects of the drugs for children under the age of 18.

CCHR has long recommended that children experiencing behavioral problems should get a complete physical examination with lab tests and nutritional screening to discover any underlying physical conditions that could be causing the behavior.

Half of the youngest U.S. children have detectable levels of lead in their bodies, which can go untreated if behavior problems are only diagnosed as “ADHD.”

The first signs of lead poisoning in children are often subtle neurobehavioral problems that adversely affect classroom behavior and social interaction.”
— Agency for Toxic Substances and Disease Registry of the CDC

WASHINGTON, DC, USA, October 7, 2021 /EINPresswire.com/ — The importance of checking for possible lead exposure in children whose behavior is labeled as “ADHD” is underscored by a recent report showing that half of U.S. children under the age of 6 were found to have detectable levels of lead in their blood, a condition known to cause hyperactivity and inattentiveness.

The study from Quest Diagnostics and published in JAMA Pediatrics analyzed blood lead tests from 1.1 million children under the age of 6 living in all 50 states and the District of Columbia over the 17 months through February 2020. Most of the children (71%) were under 3 years of age.

The analysis revealed that 50.5% of the children tested had detectable levels of lead in their blood, despite years of lead reduction programs in the United States.

Children in poorer areas and areas with older houses are at the highest risk of lead exposure. The study found that 60.2% of children living in areas with the highest level of poverty had detectable blood lead levels, as compared to 38.8% of children in areas with the lowest levels of poverty. More children from predominately African American and Hispanic areas (57.6% and 56%, respectively) were found to have detectable lead levels than predominately white areas (48.7%).

Lead is a toxic metal, known to cause serious health and mental health problems, especially in young children whose bodies are in a state of growth and development. Additionally, the absorption of lead occurs more quickly in children than in adults.

Despite progress in reducing sources of lead exposure in the United States, lead is still found in the paint dust in older homes, schools and other buildings and in older water pipes, the soil and air around heavy industry and highways, and some consumer products. Young children breathe lead dust or touch and put contaminated objects into their mouths.

The CDC says that approximately 24 million housing units have significant lead-based paint hazards, including deteriorated paint and lead-contaminated house dust. About 4 million of these are home to young children.

No safe level of lead exposure in children has been found. Even the lowest levels of lead in children can cause brain and nervous system damage, slowed growth and development, hearing and speech problems, and memory and learning difficulties.

“The first signs of lead poisoning in children are often subtle neurobehavioral problems that adversely affect classroom behavior and social interaction,” according to the Agency for Toxic Substances and Disease Registry of the CDC.

The physical effects of lead in a child’s body can cause the child to become hyperactive or inattentive, behavior that can result in the child being labeled with “ADHD.” The “diagnosis” of ADHD is inexact and completely subjective and includes behavioral criteria so broad that they could be found in any child. A child’s behavior resulting from lead exposure is likely to be found in the wide-ranging “ADHD” criteria.

At higher lead levels, behavior can worsen, with children refusing to play and showing aggressive and antisocial behavior – behavior for which they potentially can be labeled with still other “mental disorders.”

With the psychiatric labels comes the increased likelihood of children being prescribed powerful, mind-altering psychiatric drugs that carry many dangerous, even life-threatening side effects.

The psychiatric drugs side effects database of the Citizens Commission on Human Rights (CCHR) currently lists 34 drug regulatory agency warnings and 32 research studies showing adverse effects for children under the age of 18 from the stimulant drugs typically prescribed for “ADHD.”

Those side effects include slowed growth, high blood pressure, heart problems, depression, suicidal thoughts, hostility, anxiety, psychosis, mania, violence, and sudden death. The psychostimulant drugs also carry the risk of addiction, with experts referring to them as “kiddie cocaine” because of their many similarities to cocaine.

The risk of these adverse effects from taking “ADHD” drugs potentially compounds the physical difficulties a child with lead exposure is already enduring. The child’s life is further endangered if the true diagnosis of lead poisoning is missed, and only a “diagnosis” of “ADHD” is given for the child’s behavior. Therefore, it is important for health providers and parents to consider a blood lead test for a child whose behavior is a cause for concern.

If lead is detected, parents can take action to help their child. The CDC offers recommendations for what parents can do to lower their child’s lead level, starting with making a plan with the child’s physician, which may include more testing for the child.

Parents should take immediate action to find and fix any lead hazards in the home. A home inspection should be done by a licensed lead inspector. By removing lead sources, lead levels should drop noticeably in the child’s blood in a month or two, according to Joel T. Nigg, Ph.D., a clinical psychologist and professor in the departments of Psychiatry and Behavioral Neuroscience at Oregon Health & Science University.

The CDC recommendations also direct parents to feed their child healthy foods that contain calcium, iron, and vitamin C, which are protective against lead absorption, and to have the child tested for possible iron deficiency and insufficient dietary calcium.

“For the potentially lead-exposed child, adequate intake of iron, calcium and vitamin C, beyond their requirement for overall good nutrition, can specifically minimize absorption of ingested lead,” says the Advisory Committee on Childhood Lead Poisoning Prevention of the CDC.

The levels of lead in a child’s body can be reduced by taking these steps, with corresponding improvement in the child’s physical and mental health.

CCHR has long recommended that children experiencing behavioral problems should get a complete physical examination with lab tests and nutritional screening to discover any underlying physical conditions that could be causing the behavior.

With the latest study revealing that so many children have detectable levels of lead in their bodies, parents would do well to discuss with their physicians whether their children should be tested for lead exposure. Now is a perfect time to do so, with National Lead Poisoning Prevention Week starting on October 24.

WARNING: Anyone wishing to discontinue or change the dose of a psychiatric drug is cautioned to do so only under the supervision of a physician because of potentially dangerous withdrawal symptoms.

CCHR was co-founded in 1969 by members of the Church of Scientology and the late psychiatrist and humanitarian Thomas Szasz, M.D., recognized by many academics as modern psychiatry’s most authoritative critic, to eradicate abuses and restore human rights and dignity to the field of mental health. Since then, CCHR has helped obtain more than 180 laws that protect mental health patients.

The CCHR National Affairs Office in Washington, DC, has advocated for mental health rights at the state and federal level. The CCHR traveling exhibit, which has toured 441 major cities worldwide and educated over 800,000 people on the history of abusive psychiatric practices up to the present time, has been displayed in Washington, DC, at the Congressional Black Caucus Foundation Annual Legislative Caucus and other locations.

ADHD is a label, not a disease