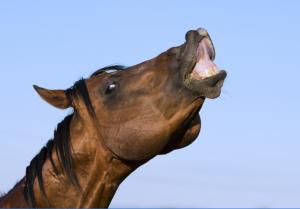 Ending Transport of Horses Across State and National Lines Will Have the Effect of Banning the Trade, Notes Animal Wellness Action

The verdict is in and the House closest to the American people has declared that the tipping point has arrived, and horse slaughter will soon become a thing of the past.”
— Marty Irby, executive director at Animal Wellness Action

WASHINGTON, DC, USA, July 1, 2021 /EINPresswire.com/ — Tonight, an amendment led by U.S. Reps. Troy Carter, D-La., Brian Fitzpatrick, R-Pa., John Katko, R-N.Y., Dina Titus, D-Nev., and Steve Cohen, D-Tenn. and conceived by Animal Wellness Action to H.R. 3684, the Investing in a New Vision for the Environment and Surface Transportation in America (INVEST) Act, cleared the full U.S. House by a voice vote in a bloc of amendments. The measure bans the transport of equines across state lines or to Canada or Mexico for slaughter for human consumption. This amendment, if enacted into law, would prevent a cruel and predatory trade that claims the lives of tens of thousands of our nation’s horses and burros every year at foreign abattoirs.

“Horses aren’t bred for food, and Americans don’t want them bought under false pretenses, forced into overcrowded trailers, tormented on a thousand-mile journey, and then prodded to slaughterhouses,” said U.S. Rep. Troy Carter, D-La., a tireless champion for horse protection who led the amendment. “This range of support only happens because it’s something Americans agree on. It’s time to turn that agreement to action and fully ban the transportation of horses for slaughter.”

“The passage of Rep. Carter’s anti-horse slaughter transport amendment provides a pathway to stop the mass butchering of American horses.” said Marty Irby, executive director at Animal Wellness Action, who was recently honored by Her Majesty, Queen Elizabeth, II for his work to protect horses. “The verdict is in and the House closest to the American people has declared that the tipping point has arrived, and horse slaughter will soon become a thing of the past.”

“We’ve watched tens of thousands of horses endure a horrible passage to Canada and Mexico every year and then get slaughtered at foreign abattoirs for foreign consumers in Asia and Europe,” said Wayne Pacelle, president of the Center for a Humane Economy. “We are reaching a national consensus on this issue, and it is time for a national policy to stop this predatory industry from continuing to victimize American horses and burros. Shedding equine slaughter is the right policy for North America.”

“Having witnessed the devastating reality of perfectly healthy horses being shipped to slaughter across our borders for profit— I am elated that Marty Irby and these members of Congress have shepherded such a critical bill, said Ashley Avis, director of Disney’s new Black Beauty Film. “It’s well past time to end these cruel, antiquated practices, and usher in a new era of awareness.”

“The growing list of supporters from the horse industry sends a strong message, not only to our legislators but to those individuals who profit off the backs of America’s horses,” said Staci Hancock, proprietor of Stone Farm in Paris Kentucky where three Kentucky Derby Champions have been raised. “By banning the transport of horses to slaughter, this strategic initiative would effectively put an end to horse slaughter in the U.S, once and for all. These equine athletes and companions were never intended for slaughter and Amendment 187 of the INVEST Act will put an end to those who profiteer from this cruel and predatory trade.

“Thanks to the diligence and perseverance of Reps Troy Carter, John Katko, Dina Titus, Brian Fitzpatrick and the Congressmen that are spearheading this long-term goal of mine to shut down the extortion and abuse filled “kill pens” and their horrific treatment of slaughter bound horses,” said Crawford Farms CEO Michelle Crawford. “This is an unfamiliar event to many outside of the equine industry and they have brought this dark and intolerable system of horse transport across the border to light in hopes that we can raise awareness to the rest of the world in how our beloved horses are discarded after their careers are over and sold for meat prices to become a delicacy in other countries.”

“The advancement of the Carter-Fitzpatrick amendment brings renewed hope that we will finally end the slaughter of American equines,” said Allondra Stevens, founder of Horses For Life Foundation. “Our gratitude goes out to the Congressional leaders that have championed the cause, the tireless efforts of the advocacy community, and to all those who have fought for more than two decades to end this horrific industry. It’s time for the United States to truly honor our nation’s wild and domestic horses by enacting a federal law that prohibits their transport to slaughterhouses.”

“This is a short amendment from Troy Carter, Brian Fitzpatrick, John Katko, Dina Titus and several other congressmen that will have a huge impact, more than in than past 20 years, on sustaining horse racing, as well as putting kill buyers and individuals who profit from transporting equines to slaughter out of business,” Freddie Hudson and Susan Arrington, U.S. Harness Racing Alumni Association. “It will end an inherently abusive system of American horses transported for slaughter that U.S. citizens are now fully backing.”

“The Carter-Fitzpatrick slaughter amendment can’t come a moment too soon for the horses,” said Debbie Coburn, founder of Four Corners Equine Rescue. “Everyday horses are shipped across the border to be slaughtered for human consumption. We must stop this cruel and predatory industry once and for all. Our wild and domestic horses deserve no less.”

Horses and other equines are revered and cherished in the United States, and 80 percent of Americans oppose their slaughter for human consumption. As public awareness has grown of the inherent cruelty involved in the horse slaughter industry, calls for a federal response have grown louder, especially as the federal Bureau of Land Management (BLM) has been implicated in a suspect adoption plan that is allowing “adopters” to rake in profits by selling unprecedented numbers of federal-protected wild horses and burros to slaughter.

Transport of horses for slaughter is unsafe and has caused multiple serious accidents on American highways. The list is long of serious accidents on American highways involving trucks loaded with horses bound for slaughter. Most of these involve horrific injuries to and deaths of horses on the trucks. As recently as October 2020, 14 horses were killed and 11 badly injured when a truck driving the animals to slaughter flipped on a highway in Franklin County, Missouri. Similar accidents have happened over the years, and in most, motorists had to avoid the accident and, in some cases, encountered terrified and injured horses running loose in the lanes of traffic. Similarly, in 2017, a truck belonging to the infamous kill buyers who own one of the nation’s largest horse slaughter holding facilities in Bastrop, Louisiana, was involved in a terrible crash that led to the deaths of 19 horses.

While horse slaughter does not currently occur on U.S. soil due to a de facto ban achieved through the congressional appropriations process, tens of thousands of domestic and wild horses are shipped to Mexico and Canada each year to be slaughtered for human consumption in those countries, Europe, Asia, and other parts of the world.

Stand-alone legislation that would permanently ban both the transportation of slaughter-bound horses and slaughter itself – the SAFE Act – was recently introduced, but despite the passage of a similar bill fifteen years ago, and the majority of House Members cosponsoring the measure in the 116th Congress, enactment of the legislation continues to be an uphill battle due to industrial agriculture interests and pro-slaughter Members of Congress.