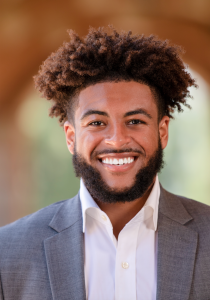 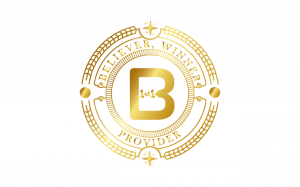 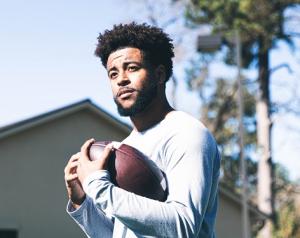 I know where all blessings come from, so I feel a sense of duty to share them to have a positive impact in the community.”
— Chase Griffin

LOS ANGELES, CA, UNITED STATES, September 27, 2021 /EINPresswire.com/ — Did you know, according to No Kid Hungry, 1 out of 6 children go to bed with an empty belly each night? In California, the numbers are even more staggering, with two million children wondering where their next meal will come from, but one community-minded college football star is standing up for school children experiencing food insecurity. Meet Chase Griffin, a faith-driven college quarterback with a heart for young people and the spirit of a genuine leader. Once dubbed the “QB Most Likely to Succeed” by ESPN, Chase is using his unique position to shine the light on the plague of food insecurity in this country. Through a partnership with Los Angeles Regional Food Bank, Chase is giving back by helping provide funds to a program that fills student backpacks with food for the weekend. According to the Food Bank, 1 in 4 people in LA County go hungry and “the purpose of the backpack program is to provide meals during school breaks, closures, and weekends to children at risk for hunger.”

Griffin is using his recently launched www.BE11EVEBRAND.com college apparel shop as a funding mechanism for the program. A Harvard research study found that kids who take part in supplemental food programs score higher on standardized tests. Proper nutrition is the key to setting the stage for educationally successful youngsters. The former Gatorade Texas High School Player of the Year is playing his part by offering a portion of the proceeds from his Be11eve Brand clothing line to the Los Angeles Regional Food Bank. The purchase of each T-shirt, hoodie, or jogger donates the equivalent of four meals. Chase is starting off this campaign by donating 1,000 meals and is asking others to join him in the fight to childhood hunger in our communities.

Thirteen million children need a balanced meal and Chase is answering this call. Guided by his three loves – his Christian faith, serving his fellow man, and playing great college football; Chase, a National Merit Commended Scholar and Master’s degree candidate for Transformative Coaching and Leadership at UCLA, is a triple threat. The highly educated player with a 100-watt smile and solid gold throwing arm won every branded award in Texas, making him a household name in the Lone Star State. The superb passer was the consensus Texas player of the year in 2018, is #1 of all time in passing yards per game, finishing his high school career with 132 touchdowns and 11,000 passing yards. Chase is a well-known field general and elite athlete, but his leadership does not end at the close of the game. Instead, he carries the commanding mantle into his community as a torchbearer for those less fortunate. Griffin hopes his example inspires other student-athletes, across the country, to use their Name Image Likeness (NIL) to have a positive impact in their communities.

All the accolades and awards pale in comparison to his first love, which is his faith in Jesus Christ. The multi-award winner openly acknowledges every opportunity and gifting comes from above. Chase who completed his Bachelor’s degree in only two years before moving on to his master’s program all while being a star athlete says “I know that through my faith which keeps everything in perspective for me these things which may seem out of bounds or out of reach are entirely possible. If you believe that Jesus died for us and rose 3 days later, then any of these little goals we have should seem very attainable.”

His desire is to share his gifts and talents with impoverished and underprivileged people. Chase takes his God-given platform seriously and plans to use his name, image, and likeness to bring awareness to the plight of California’s hungry children. Food insecurity is an actual threat to school children, but Chase is a champion for this pressing cause — shedding light in the darkness and helping to feed kids in Southern California.

For more information about Chase Griffin , go to www.ChaseGriffin.com and to support the Shop visit WWW.BE11EVEBRAND.COM