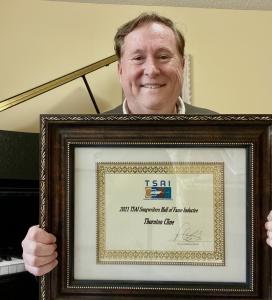 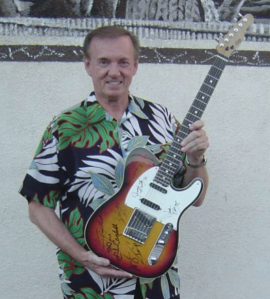 Award honors the career span of 39 years as songwriters

“I am honored and elated by this award. I never dreamt I would be recognized in this way as a songwriter”
— Thornton Cline, Nashville songwriter

NASHVILLE, TENNESSEE, UNITED STATES, April 19, 2021 /EINPresswire.com/ — Nashville songwriters, Thornton Cline and David Nowlen were inducted into the TSAI Songwriters Hall of Fame at the Tennessee Songwriters Association International Songwriter Awards show on April 14 held at the Texas Troubadour Theater in Nashville. Guests presentations and performances were by Joanne Cash, Billy Sheehan, Jimmy Parker, R.T. Johnson and the Nashville Cowboy Church Band. The show was recorded for the Nashville Country Television Network to be aired later this year. The Songwriter of the Year award was presented to Nashville songwriter, Dale Allen.

“I am honored by this award and am elated. I never dreamt I would be recognized in this way as a songwriter,” Thornton Cline said.

Thornton Cline has had his songs recorded by Engelbert Humperdinck, Gloria Gaynor, Ray Peterson, Gary Pucket (the Union Gap), The Manhattans, Rebecca Holden, Tammy Trent, Tim Murphy, Billy and Sarah Gaines, Mylecka, Matt Newton, Anchormen and over 150 major and independent artists. Cline has been awarded a platinum award, multiple Grammy and Dove Award nominations, twice “Songwriter of the Year” with songs in the top 10 in the country, pop and Gospel charts. Recently, two of Cline’s songs hit number one on the Euro Indie Top 100 Music Charts, and the World Indie Top 100 Music Charts.

David Nowlen has had his songs recorded by LeAnn Rimes, the Nodaens, the Survivors among others. He has performed guitar and recorded with the The Nodaens and the Survivors in Nashville.

The Tennessee Songwriters Association International is a non-profit songwriters organization started in 1982 has membership in the United States and in multiple countries around the world.