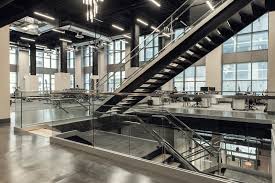 PHILADELPHIA, PENNSYLVANIA, UNITED STATES, March 4, 2021 /EINPresswire.com/ — City Fitness Philadelphia is pleased to announce Cesar Vizcarrondo has been hired to the post of Vice President of Sales and Marketing.

In the role, Vizcarrondo will oversee all aspects of marketing and sales for all City Fitness locations, including its flagship center city East Market location.

As VP of Sales and Marketing, Vizcarrondo will lead development of strategic marketing and sales plans based on company goals to promote growth and expansion for the organization. Specific responsibilities include business and market development, strategic direction for promotion and advertising, sales growth, and digital projects. He will also oversee the sales management team’s activity, team development/hiring and revenue growth.

Vizcarrondo most recently was Puma’s Global Head of Marketing, where he helped lead the sportswear brand’s re-entry into the basketball landscape, an initiative to expanded into the global market. That included securing a partnership with J. Cole and multiple top NBA and WNBA players.

Prior to Puma, Vizcarrondo was VP of Marketing at retail company Kicks USA which eventual was acquired by and converted into Snipes. In that role, he drove market expansion into the midwest and southeast, which included markets such as Chicago, Miami and New York. Prior to Snipes/Kicks USA, Vizcarrondo spent a time with at Nike Inc, both in-house and on the agency side having roles with Converse and Game 7 Marketing. Earlier in his career, he led brand and strategic direction for upstart basketball brands such as K1X, Above The Rim and Peak.

“The addition of Vizcarrondo as VP of Sales and Marketing will support the structure of our company as we continue to grow and expand,” said KenDavies, CEO and founder of City Fitness. “Cesar has a successful track record in marketing , team building, and sales. We are looking forward to his focus in those areas in driving growth in 2021 and beyond.”

“In the coming months I will focus on amplifying the impact City Fitness has in the communities we serve and expanding our digital offerings. As the fitness industry adapts to the new normal in consumer engagement, it will be critical to stay ahead of the curve” said Vizcarrondo. “City Fitness is an amazing company with talented employees throughout our locations and HQ. I am thrilled to serve as the VP of Sales and Marketing for this incredible company.”

City Fitness’ mission is to build a healthier Philadelphia, not only for our members but for our community as a whole. With 6 Philadelphia based fitness clubs in Fishtown, Graduate Hospital, Northern Liberties, South Philadelphia, Logan Square and East Market, City Fitness – a locally owned company – has over 15,000 members and more than 300 employees. City Fitness is regularly featured in television, print, and online media for its innovative marketing practice and community relations initiatives. In 2017 and 2018, City Fitness developed and executed #MyCityMoves – the world’s first wearable tech and social media-driven fitness competition. City Fitness is a corporate sponsor of the Independence Business Alliance , and in 2018 established a partnership with Urban Roots and Connor Barwin’s Make The World Better project, donating over $40,000 to their work renovating public parks and collaborated on the design of an outdoor fitness facility on their Smith Playground project in South Philadelphia. For more information, please visit www.cityfitnessphilly.com or email besposito@cityfitnessphilly.com.

Next Article Housing Market: Four Tips To Make Your Offer Stand Out In A Competitive Sellers’ Market

The global golf cart and buggy market size is expected to reach 686 thousand units by 2026, growing at a CAGR of 5%. CHICAGO, ILLINOIS, […]