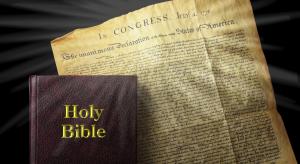 T&L’s goal is to educate audiences and connect with resources and groups like WallBuilders across the nation to help them impact their own spheres of influence.

We are called to stand for truth in every area of life, not just while in clerical robes behind a pulpit. This includes government. Christians need to stop sitting on the sidelines.”
— Richard Harris, executive director, Truth & Liberty Coalition

WOODLAND PARK, COLORADO, UNITED STATES, May 27, 2021 /EINPresswire.com/ — Tim and David Barton of WallBuilders recently covered the benefits of getting involved in government at Citizens Academy held at Charis Bible College in Woodland Park, Colorado. The Bartons detailed the tradition of local engagement by pastors, churches, and individual believers in American history. The academy was a biblical-citizenship event that encouraged Christians to get involved and take responsibility for their communities.

“Where the nation is now, there’s a lot of problems, a lot of issues,” said Tim Barton, president of WallBuilders. “We need Christians to be part of the solution.”

“America was built on the truths of the Bible,” said Richard Harris, executive director, Truth & Liberty Coalition. “This statement should not be (and indeed, did not used to be) controversial. But because of the leftist indoctrination of our nation today (through a long, patient revision of American history), most people are unaware of our thoroughly Christian roots.”

To prove the point, Harris looks first at our “national birth certificate,” the Declaration of Independence. “It expressly mentions God Four times,” he said. “The references made there about God endorse principles that can be found in their entirety in no other religion or philosophy besides the Judeo-Christian tradition.”

Additionally, many Christians follow news about what is happening at the national level, with the presidency, Congress, and Supreme Court. So, how can believers make a stand for biblical truth and restore the nation to its foundational values?

A strong majority of the signers of the Declaration, for example, were Christians. Twenty-nine of the 56 held what today would be considered seminary or Bible school degrees. Signer John Witherspoon was an ordained minister. Founder Charles Thompson published the first translation of the Greek Septuagint version of the Bible into English in America. John Hancock, while governor of New York, issued 22 evangelical prayer proclamations. Learn more here.

“Secularists (those who want to remove God from all aspects of public life) claim that America had a secular founding and want you to believe that their view is supported by ‘modern historians,’” said Harris. “If those modern so-called historians are right, then the great leaders of the past must have been wrong.”

Scholars at the University of Houston reviewed 15,000 original writings by the Founding Fathers and found that the Bible was the most common source they cited, approximately four times as often as the next most frequent source.

The Founders relied heavily on Two Treatises of Government, by British theologian John Locke. In that work, Locke articulated the biblical principles of government, citing the Bible over 1,500 times.

According to the Bartons, the local level is where citizens can have the most impact on policies and issues that affect their day-to-day lives. Involvement in local government builds a strong foundation for change in America.

“One of the things we have to . . . change is our mindset,” said Tim Barton. “We have way too much attention and obsession with a national focus.”
According to Tim Barton, the flood of information about national issues like government-mandated lockdowns, restrictions on worship, and the LGBTQ agenda, coming from mainstream and social media can be overwhelming. It can paralyze people and make them feel as though there is nothing an individual can do to stop radical leftist activism.

“We find often that Christians don’t know where to start,” said Harris. “Our goal is to educate audiences and connect with resources and groups like WallBuilders across the nation to help them impact their own spheres of influence.”

“America desperately needs Christians to re-awaken to their calling to be salt and light in the culture,” Harris said. “We are called to stand for truth in every area of life, not just while in clerical robes behind a pulpit. This includes government. Biblical principles deserve equal consideration in the ‘marketplace of ideas.’ Christians need to stop sitting on the sidelines and get in the game.”

About Andrew Wommack:
Andrew Wommack is president and founder of the Truth & Liberty Coalition, Andrew Wommack Ministries, and Charis Bible College. He and other Christian leaders established the Truth & Liberty Coalition to educate, unify, and mobilize believers in Jesus Christ to affect the reformation of nations through the seven mountains of cultural influence. Since 1968, he has taught God’s Word with clarity and simplicity, emphasizing the unconditional love and grace of God. His vision is to spread the Gospel as far and deep as possible through his daily Gospel Truth television program, broadcast nationally and internationally, as well as through GospelTruth.TV, his internet television network.

Allen University heads to space with The Boeing Company