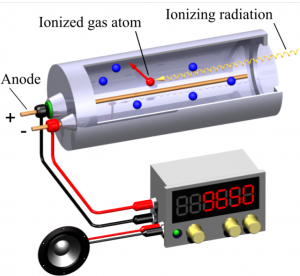 It is shocking that a Eureka moment did not occur in 1908 when the Geiger counter discovery was made by turning radiation instantly to electric current. CiRN found the global warming answer.”
— Marino Specogna

CiRN with historic Uranium deposits is working to utilize in-situ Uranium deposits located in Quebec to create electricity using nanomaterial and/or existing ionization techniques similar to that used in the Geiger counter and/or dissipation to Si solar cells.

When and if CiRN implements either or all methods over 100% owned Uranium deposits, and or over other Uranium deposits worldwide, the CiRN will be disruptive to current earth warming technologies. This CiRN method will keep the Uranium in the ground, so is non-destructive and non-intrusive and produces no waste, simply captures the continually dissipated radiation from these resources and will convert directly to electricity. Note Uranium half life, dissipation of radiation is 4.5 billion years.

The electricity produced will be sold in CiRN only.

The current Uranium deposits owned by CiRN are DORAN(LACANA) measuring over 11.4 million tonnes at 0.025% U3O8, releasing over 6000 kWh of energy at any moment in time, a continual release of energy, radiation, for 4.5 billion years. The DORAN(LACANA) Uranium deposit measures over 700 meters in length and 15 meters width. The amount of nanomaterial to cover and absorb over 1 cubic meter of the deposit would be 1 billion x 1 billion, cubed (1 meter high of nanomaterial). Over the full 700 meters by 15 meters the a huge number of nanomaterial would be utilized, all converting to electricity continually and instantaneously. There maybe a flow of nanomaterial continuously over and past the deposit area to transmit the electricity. The nanomaterial could hover higher above the Uranium deposits, for storeys even, and the greater amount of nanomaterial needed but also the greater amount of continual absorption of radiation energy. The Uranium continually dissipates the radiation from in-situ resources for 4.5 billion years. The other deposits are Capri and Capri2, at 900,000 tonnes and 1 million tonnes. All work reported in Quebec government publications on Uranium deposits owned 100% was completed historically by third parties.

CiRN will make obsolete coal, mineral oil, and nuclear powered energy production and the current carbon produced and waste produced will be eliminated. CiRN is the answer to the Earth’s global warming problems that COP26 climate conference is discussing. CiRN will only use the natural dissipating energy that will exist for 4.5 billion years without mining or waste or climate change occurring.

CiRN also with historic 43-101 established proven iron reserves of 114+ million tonnes in one deposit located in Quebec, Canada. CiRN hopes to supply the iron ore market, including iron for EV production by third parties or for new EV Lithium Iron Phosphate batteries used in production of Tesla’s by TESLA MOTORS (Q-TSLA) China gigifactory. No agreements have been made.

More information can be found at www.CiRN.one.

If you are researching nanomaterial, radioactivity to electricty, contact CiRN to work together.