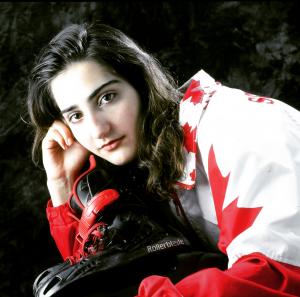 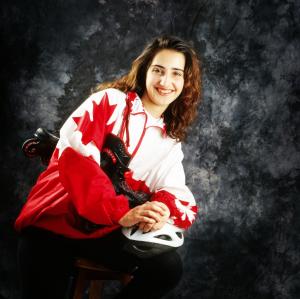 Kitchener hometown hero Christine Ichim is coming home on October 8th to commemorate the 25th anniversary of her epic rollerblading journey across Canada.

I knew that no matter how difficult it was, I had to continue fighting to prove that as long there is the will to fight, there is hope that the human spirit will overcome the impossible.”
— Christine Ichim

KITCHENER, ONTARIO, CANADA, October 5, 2021 /EINPresswire.com/ — Kitchener native and hometown hero Christine Ichim is coming home on October 8th to commemorate the 25th anniversary of her epic rollerblading journey across Canada. Setting out in 1996 to raise money for leukemia research to inspire her ailing mother Florica, Ichim rolled 8000 kilometers across the Canada to bring hope to cancer patients everywhere.

“When I left for Victoria, my mother had slipped into the final stages of her disease. The doctor’s gave her six months to live, I felt so guilty leaving my mother behind, not knowing if I’d ever see her again, but as she hugged me goodbye she whispered in my ear, ‘if you make, I’ll make it,’” Ichim said. “I knew then that failure was not an option. I knew that no matter how difficult it became, I had to continue fighting to prove that as long there is the will to fight, there is hope that the human spirit will overcome the impossible.”

Florica Ichim not only saw her daughter complete her amazing voyage, but thanks to advances in leukemia treatments she would live another 14 years, long enough to hold her first grandchild in her arms before she passed away. Florica Ichim, initially given a 2-3 year prognosis with chronic myeloid leukemia, beat the odds, living a total of 23 years.

“When I was a child, my mother would tell me not to worry because scientists are working hard and medicine is progressing fast. At the time it was just a way for a mother to comfort her children, but I believed her, and ever day I dreamt of a cure, even building a lab in my basement to join in the fight. In 2000 the game changing drug Gleevec was discovered, and now patients with my mother’s type of leukemia have normal lifespans.”

Christine Ichim, now a scientist and CEO of a biotech company, has a new mission – to fight cancer in the fire service. Cancer is the leading cause of line of duty deaths in the fire service in North America, and Ichim is joining that battle by doing a fundraising event in San Francisco to raise awareness of the threat facing fire service and public safety workers.

“My husband is a retired paramedic captain with the San Francisco Fire Department and he has lost too many brothers and sisters in his field to cancer” Ichim stated. “I wanted to do something to help them, because they are the ones who are always there to help us.”

On October 8th, Ichim will appear in Kitchener as part of the commemoration of her feat and to honor the firefighters in her hometown as part of the greater fight against cancer in the fire service.

Here’s how you can help—

About the Cancer Cure Campaign

Christine Ichim was the first woman to rollerblade across Canada, achieving that feat in 1996 as part of an effort to raise awareness and funds for leukemia research. Her commitment to fighting cancer has never wavered, as Ichim has devoted her professional career as a scientist to finding a cure for this most dangerous opponent.

The San Francisco Firefighters Cancer Prevention Foundation is committed to the prevention and early detection of cancer and providing access to cutting edge care for active and retired members of the San Francisco Fire Department and their families. Our goals are based on scientific research, education, cancer screening and health navigation. Through this research and advocacy we aim to improve public health and end this threat of job-related cancer in the firefighter profession.