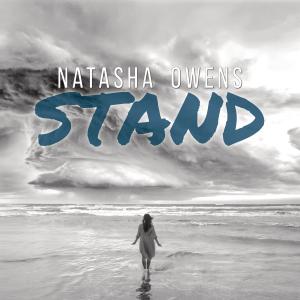 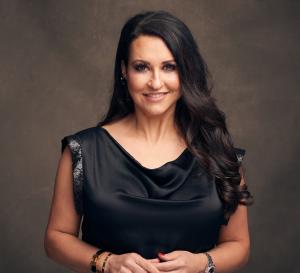 I want to show people that they can make it, too.”
— Natasha Owens

“Through the last year or so, there has been a lot of chaos going on in our world,” observes Owens. “It’s incredibly easy to look around us and instantly become anxious and fearful at all that we see. But there is a hope that I have found that is stronger than the enemy that tries to intimidate us; His name is Jesus.”

The album’s just-released lead single, “Lion,” takes the chaos of the past year head on, reminding us to move forward no matter how insurmountable one’s surrounding circumstances may seem.

“This song has driven me by the truth that our King is bold, fearless and courageous,” Owens explains. “Revelation 5:5 refers to Jesus as the Lion of the Tribe of Judah who prevails. Instantly, I was then reminded of Proverbs 28:1 that promises us that the righteous are as bold as a lion. What a declaration! He is our defender and has given us the strength to stand in boldness without fear. This is our battle cry.”

Other standouts on Stand include the joyful sentiments of “Fly,” the praise-fueled acoustic tenderness of “Hallelujah,” a stunning tribute to a lost loved one, “Home,” and the optimistic closing anthem, simply titled “Yes.”

“Even when every door seems closed, there’s no need to second guess. You know what’s best,” she confidently sings in the latter. “Every time you tell me ‘no,’ it means that there’s a better ‘yes.’”

There’s even a throwback to Owens’ previous project with the bonus track, “Warrior,” a brand new rendition of the modern classic recorded live in front of a roaring crowd.

“I want to show people that they can make it, too,” Owens asserts. “Being a warrior means that my wounds have healed, but I still have the scars to prove it. The scars remind me that I don’t have to worry about the next battle because I know God will be standing with me.”

As Owens plans to return to touring and as host of the national Christian women’s conference known as the Warrior Event, she’s looking forward to sharing her courageous story as a means to inspire others, while always making sure to meet listeners exactly where they’re at.

“So many people are at different stages of their story,” she says. “In any crowd you have people ranging from being at the beginning of their grief all the way to being overcomers. I’m taking people on the full journey, making them feel all of these emotions, but leaving feeling hopeful.”

Owens’ path to a successful music career is unique, rooted in agonizing heartache and unbelievable tragedy. Seven years ago, her father died suddenly while cleaning his guns when one misfired, placing a bullet in his chest. The themes of grief, heartbreak, and redemption permeate throughout her music, which served as therapy for her along the way.

Today, she is intently focused on being a proactive and prayerful advocate for mental health awareness. She has been open about her battle with severe depression, and her season of extreme lows brought on by tragedy. But she’s quick to share how God showed up in the most magnificent way. “He said, ‘trust in Me that I’ve guided you this far and I’m not gonna let you down now.’”

Owens knows that God has kept that promise, and Stand brings it all full-circle.

Owens will hit the road this summer performing at multiple festivals, sharing the main stage with Michael W. Smith, Newsboys, Danny Gokey, Matthew West, Skillet, Mandisa, Colton Dixon and many more. Plans for a fall tour and a Christmas tour are also underway. To view her complete concert schedule, visit the official website at http://natashaowensmusic.com.

About Natasha Owens: Owens exploded onto the Christian Music scene with her 2016 debut, No One But You. She suddenly found herself touring as the opening act for Christian Music’s most iconic artists, including Michael W. Smith and Jason Crabb. Her 2017 follow-up, We Will Rise, was named “Inspirational Album of the Year” at the 2018 We Love Christian Music Awards. And in 2019, Owens signed to Radiate Music and released her third album, Warrior, produced and co-written by award-winning producer Ian Eskelin (Francesca Battistelli, Sidewalk Prophets). During the downtime the pandemic provided, she recorded and released the jazzy holiday album, Christmas Memories in the fall of 2020.

Instantly relatable, Owens has quickly resonated with listeners and has had extensive media coverage including appearances on Fox News, Newsmax and HLN, among others. She has toured with some of Christian Music’s bestselling artists, including Michael W. Smith, Kutless, JJ Weeks, Ryan Stevenson, Jason Crabb, Matthew West, 7eventh Time Down, Audio Adrenaline, Point of Grace and more.

About Radiate Music: Founded by Ian Eskelin, Radiate Music launched summer 2015. Eskelin’s 20-plus-year resume in the music business, ranging from being a recording artist to a record executive, gives him a unique perspective in partnering with artists who are passionate about impacting culture with music. Eskelin, who has recorded more than 50 Top 10 singles in the United States alone, including 20 No. 1 songs, and whose songs have been licensed for use by ABC, NBC, CBS, ESPN and many feature films, is looking to break additional ground with Radiate. In addition to King, Radiate’s artist roster includes, Natasha Owens, JJ Weeks, About A Mile, Attaboy, John Waller, and Inspiration Worship.