Chinese star Hannie May breaking through to the US market 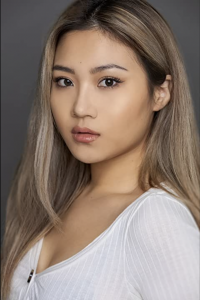 LOS ANGELES, CA, USA, October 19, 2021 /EINPresswire.com/ — Few actors have made as much of a splash within the recently placid waters of entertainment as Ms. Hannie May, a star in her native China whose eager engagement and stellar success within the film industry has been nothing short of remarkable.

Backed by her involvement with Film Independent, Hannie unequivocally assists in the foster of a greater number of international productions.

Hannie’s achievements likewise include appearances with various commercials promoting the products of numerous leading and internationally acclaimed companies, such as Sterling Forever, a jewelry manufacturer whose bijouterie is famous for being “made to last forever” (we’re sure you’ve seen the commercials) as well as the anti-acne and anti-aging brands of Dermala and Ethica Beauty. In addition to these instances of being ambassadors and using her acting skills to represent high-end products, Hannie similarly took a leading role as the face of the commercial campaigns for Lynk Technology Holdings, Inc. and the release of its innovative, worldwide speed-dating social app (watch out, Tinder!) while also publicizing the upcoming release of an all-purpose electric vehicle model produced by Canoo, an electric car manufacturer with high hopes and even higher revenue projections alongside the sale of its initial all-purpose vehicle model, set to be released in early 2022.

Hannie’s influence as an on-screen actress stems from the diverse array of contributions she has made to numerous productions of varying acclaim and prestige. These include many of the films produced, directed, edited, and, occasionally, starring Matthew Colston, an acclaimed and award-winning independent filmmaker, known for the multi-laureled film project, ‘Our Song,’ and others by the titles of ‘Grey’ and ‘Awake,’ among others. She has starred in a number of of Colston’s productions.

Hannie is additionally set to lead as Jamie/Lyn within Colston’s upcoming feature film, ‘Quarter Life,’ a film following a group of students as they progress through a year of college, alongside all of the drama, academic and (inter)personal hardship, and major life changes or decisions to be faced around what is conceived to be the first ‘quarter’ of their lives (or roughly 25 years of age). Given her impressive and voluminous record of dazzling performances, viewers expect nothing less than a jaw-dropping, heart wrenching, and empathetic portrayal depicting the struggles commonly facing young adults and their navigation throughout this great, wide, and sometimes frightening world.

No doubt the casting was supported by being awarded “Best Actress” from the Druk International Film Festival (DIFF) for her work in the acclaimed Youku series ‘CAtalyst’ as well as from the Accolade Film Competition. ‘CAtalyst’ just wrapped up its first season and is currently in pre-production of its second season.

Be sure to catch Hannie star as ‘Hazel Foster’ within the upcoming TV series, ‘In The Woods,’ directed and produced by award-winning director Mingzhu Ye (‘If We Have Next Life,’ ‘Table For Four’). From what we could gather this series will attempt to revise the craze enacted by the ‘Twilight’ saga back in the early 2000’s as Hannie, playing the series main character, a teenage student in high school who ‘moonlights’ as a werewolf, comes face to face with an ancient vampire, coincidentally also adopting the form of a teenager, who becomes captivated by Hazel and elects to attend the same school, complete with a headmaster who possesses her own secrets as well. Be on the look out for show’s release around Halloween in 2023, on one of the major streamers.