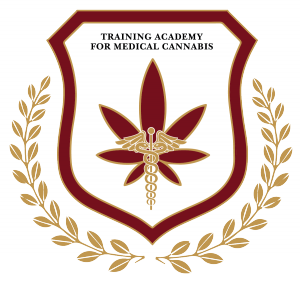 Within the past decade, cannabis has surged in popularity. Now, 68% of Americans support legalization – the highest percentage ever reported.

UNITED STATES, May 4, 2021 /EINPresswire.com/ — Considering how 38 states have medical marijuana programs while 16 states and DC allow adult-use, the paradigm around cannabis is evolving towards mainstream acceptance. And as it changes and grows, having medical professionals like nurses knowledgeable about cannabis and its implications is not only realistic – it is essential.

THE GOWING STATE OF CANNABIS
All five states with legalization on their 2020 ballots voted yes, including Mississippi, South Dakota, New Jersey, Arizona, and Montana. NM and NY are joining.

But despite demands for legal cannabis, it ironically remains federally illegal as a Schedule 1 controlled substance – meaning the government officially considers it to have “little to no therapeutic value.” This restriction makes the large scale, clinical, and randomized trials the medical community need to verify cannabis’ potential complicated to conduct.

Last November, in addition to the legalization of five new states, the House of Representatives passed a groundbreaking piece of legislation called the Marijuana Opportunity Reinvestment and Expungement Act (MORE). In addition to providing a framework for social equity, the most notable aspect of MORE is that it decriminalizes and de-schedules marijuana from its restrictive Schedule 1 status.

Under MORE, states can create their cannabis laws without having to worry about federal interference. While the Act does not provide a framework for federal legalization, it does represent a step in that direction. And now that the Senate majority has switched to the Democrats – the party traditionally more accepting of cannabis reform – the chances of MORE passing through the Senate and becoming law is much more promising.

Furthermore, only one week after the House passed the MORE Act, the Senate passed the Cannabidiol and Marihuana Research and Expansion Act. Introduced in 2019, the Act, amongst other things, streamlines the application process for research, requires federal research and safety parameters from the FDA, and allows physicians to discuss cannabis with their patients.

Of course, all of this progress doesn’t underestimate the amount of work still needed to conduct research, pass equitable legislation, and educate people, patients, physicians, and nurses alike on safe, responsible cannabis use. Until these things happen, let’s take a look at current medical marijuana programs.

WHO BENEFITS FROM MEDICAL CANNABIS?

Many CBD brands and recreational dispensaries will claim that anyone can benefit from cannabis in some way– be it for inflammation or relaxation. But cannabis nurses know it’s not that simple until there is acceptable evidence.

There is also growing evidence of its more widespread benefits, like anxiety and depression, of which 40 million Americans suffer.

Despite its benefits, many people still don’t know how cannabis works. The answers lies in the Endocannabinoid System, which, as the name suggests, has a direct relationship with cannabis.

THE IMPORTANCE OF THE ENDOCANNABINOID SYSTEM

The Endocannabinoid System, or ECS, was only discovered by scientists in the late 1980s, despite being one of our bodies oldest systems. Present in all mammals, it serves as the communication circuit board between the Central Nervous System, Peripheral Nervous System, Endocrine System, and Immune System.

The ECS’s job is to read incoming signals from these other systems and respond accordingly by reestablishing balance or homeostasis.

The E.C.S. reads signals through its two primary receptors, CB1 and CB2, located throughout the body. They communicate with each other by continually releasing molecules called endocannabinoids in a negative feedback loop, which are later broken down by enzymes. These endocannabinoids, like 2-AG and anandamide, execute the necessary action to fix imbalances.

However, more evidence is suggesting that even our ‘master regulator’ can fall out of balance. Since plant-based cannabinoids like THC and CBD mimic our endocannabinoids and can stimulate our ECS back into gear, many researchers wonder if dysfunction in the ECS is the root cause of countless other diseases and conditions. If this is the case, then future application of cannabinoid medicine is endless.

WHAT NURSES NEED TO KNOW ABOUT MEDICAL MARIJUANA

With quickly changing laws and an industry growing exponentially, nurses well-versed in cannabis will become an in-demand skill.

To help those navigate the changing landscape, the NCSBN has outlined six main points cannabis nurses will need to know:

1. Understand the current state of legalization, both medical and recreational.

2. Understand medical marijuana jurisdictions, as each one has a vastly different set of rules, laws, and regulations that are subject to frequent change. Nurses can check out State Departments of Health for resources.

3. Understand of the Endocannabinoid System and all its components. Remember, the ECS is the backbone of scientific validation.

4. Understand of cannabis pharmacology and associated research, including adverse effects, routes of administration, and dosing principles. This research must be derived from credible sources using randomized, placebo-controlled studies.

6. Approach all patients without judgement

HOW TO BECOME A CANNABIS NURSE

The medical community has a lot of catching up to do to the industry and mainstream use. Taking nursing experience and applying it to cannabis will help patients and physicians alike make the best decisions for the patients’ health.

As Lisa Hedin, Owner and Founder of the Training Academy for Medical Cannabis, says,

“Nurses are the most trusted profession, and all nurses have an amazing opportunity to band together with the cannabis advocates that have been pushing the agenda forward. I see us working together to give this plant the respect it deserves – and, more importantly – giving patients a choice to choose how to treat their health.”

If you are interested in becoming a cannabis nurse with formal education, for more information, see class information at Cannabis Nurse Certificate Course.

LEGAL DISCLOSURE Training Academy for Medical Cannabis™ does not sell or distribute any products that are in violation of the United States Controlled Substances Act (US.CSA).