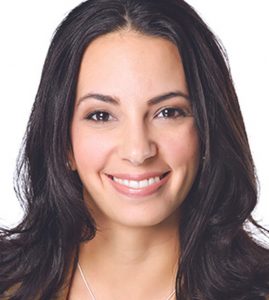 Martin will lead WaitWell in its goal of turning a billion customers into raving fans by eliminating lineups everywhere.

CALGARY, ALBERTA, CANADA, October 1, 2021 /EINPresswire.com/ — WaitWell Inc. today announced the appointment of Alina Martin as CEO, effective immediately. In this role, Martin will lead WaitWell as it scales for growth during its second year and beyond.

WaitWell is a Calgary-based SaaS company that is focused on eliminating lineups everywhere by allowing customers to join a virtual queue using their mobile devices. WaitWell launched its flagship product, WaitWell Virtual Queue Solution, in October 2020. Since that time, it has added over 430 locations to its platform. WaitWell helps to manage lineups at organizations like Northern Alberta Institute of Technology, University of Manitoba, and Glentel. To date, nearly one million people have been able to skip the lineup by using WaitWell and have saved themselves 595,000 hours of waiting. WaitWell also offers Appointment Scheduling that integrates with its Virtual Queue, as well as a unique Crowd Control module for large scale events like the Calgary Stampede.

WaitWell was recently selected as a Top 20 at StartupTNT Calgary as well as the Fall 2021 Cohort of Creative Destruction Labs. WaitWell is a finalist in the Calgary Small Business Awards in the MNP Innovation category.

“I couldn’t be more excited for this opportunity,” says Martin. “WaitWell not only solves a real world problem – the frustration of lineups, but we deliver value to the end customer, resulting in exceptional customer experiences. We’ve started to see things like consistent 5-star Google reviews for our customers. Helping WaitWell subscribers to build exceptional businesses, along with building an exceptional business ourselves, really speaks to my soul and how I believe companies should be built,” says Martin.

In 2004, Martin took on the role as CEO of Danatec Educational Services Ltd. Under her leadership Danatec grew exponentially, becoming Canada’s largest digital safety training company with over 250 training sites and working with most of Canada’s largest companies. Danatec won an astonishing 27 national and international awards and trained over 1M people. In late 2015, Danatec was acquired by Yardstick Training (now We Know Training). Martin stayed on as Managing Director, focusing on business development, mergers and acquisitions and stakeholder relations of Yardstick until early 2019 when she sold to pursue The Harvest Hub and other various ventures.

Martin is committed to promoting the advancement of women in business and has served as a Director for the AWE (Alberta Women Entrepreneurs) as well as with WOHSS (Women in Occupational Health and Safety Society). Most recently, she served on the Board of Directors for Bredin College. Over the years, Martin has won many awards including Business in Calgary – Leaders Award, W100 Top 100 Female Entrepreneurs in Canada, 50 Fastest Growing Companies in Alberta and 500 Fastest Growing Companies in Canada.

Co-Founder and CMO Shannon Vander Meulen commented, “Alina is a fearless leader who inspires others around her to think big. WaitWell’s vision is to inspire customer loyalty for organizations that use WaitWell. Our goal is to create a billion raving fans by eliminating the pain of in-person lineups everywhere. It’s a big goal, but we know that under Alina’s leadership, we can transform customer experiences by building an international company, creating local tech jobs in our economy and solving one the most relevant problems for companies everywhere: lineups! We have big plans and are just getting started.”