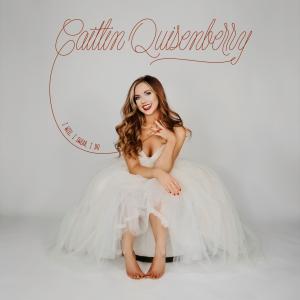 Equipped with rich and soaring, pitch-perfect vocals, Caitlin Quisenberry sings about the idea that true love isn’t all flashy and shiny, rather it’s the simple things that build the greatest love story. Photo / Marisa Taylor 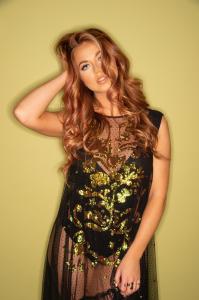 The gifted singer/songwriter tracked “I WILL, I SWEAR, I DO” at Zac Brown’s iconic Nashville Southern Ground studio with her producer Ben Simonetti. He recently co-wrote and co-produced Zac Brown Band’s new album “The Comeback” alongside with Brown. Photo / David Dobson 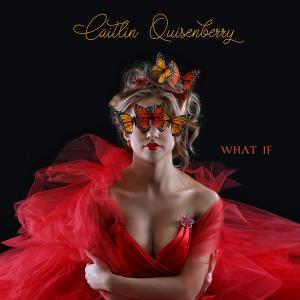 NASHVILLE, TENNESSEE, UNITED STATES, October 8, 2021 /EINPresswire.com/ — Caitlin Quisenberry sings a new kind of love song on her latest single “I WILL, I SWEAR, I DO.” Co-penned by Ben Simonetti (Zac Brown Band), Canadian country singer Mackenzie Porter, and Kelly Archer (Jason Aldean, Reba, Brett Young), the heartfelt anthem wraps its lyrical head around the promise of sticking by your partner’s side through thick and thin, reinforcing the message that things don’t need anything fancy—just the love of your partner.

“This song is a reflection of love, like no other,” shares the classically-trained songstress Quisenberry, who studied in Switzerland with renowned opera singer Karine Mkrtchyan. “The lyrics depict the truest form of love, where materialism doesn’t matter. One of my favorite lyrics is, ‘You can wrap my finger with a diamond ring, or tie the knot with a piece of string.’ I think that really captures the simplicity and purity of the message.”

Tracked at Zac Brown’s iconic Nashville Southern Ground studio, “I WILL, I SWEAR, I DO” was produced by Ben Simonetti, a Zac Brown Band (ZBB) frequent collaborator who recently co-wrote and co-produced ZBB’s new album, “The Comeback,” alongside with Brown. “It was so much fun recording this song,” says Quisenberry.

“My producer Ben had me record at Zac’s studio and I sang while all the musicians were playing, so it really helped give me the energy needed for the song.”

The gifted singer and songwriter, equipped with rich and soaring, pitch-perfect vocals, hopes when people listen to her new song that, “they can resonate with the idea that true love isn’t all flashy and shiny, it’s really the simple things that build the greatest love story!”

“I WILL, I SWEAR, I DO” follows Quisenberry’s last single, the moving “WHAT IF.” The song ruminates on the idea that one small moment can change the entire trajectory of your life. “WHAT IF” was released to critical acclaim with the video featured on Country Music Television as their picks of the week (her second time on CMT) and the song was added to Spotify’s “Fresh Finds: Country” playlist.

“The concept of ‘WHAT IF’ is anchored in ‘the butterfly effect,’ where one small change can alter later results and amount to unforeseen outcomes,” explains Quisenberry. “In writing, we also touched on the idea of mental health. I’m a perfectionist and with that often comes a lot of anxiety. When I wrote this song, I wanted to show people that having thoughts of regret, wonder, or being unsure of yourself are normal feelings we must deal with as humans. However, there’s also danger in constantly questioning our actions. We can easily get caught up in a rabbit hole of asking ourselves ‘what if’ about everything…ultimately leading to even more anxiety and a lack of confidence. I hope those listening to ‘WHAT IF’ find comfort knowing that they aren’t alone and that we are all questioning things.”

American Songwriter also took note of “WHAT IF” and published an article on the release as well as “Worlds of Country” and numerous media outlets touted Quisenberry’s work. Filmed in the heart of Nashville, the video marks her directorial debut. The singer drew inspiration from her acting background and time on set to develop a short story that makes the song feel more like a theatrical experience rather than a standard music video.

About Caitlin Quisenberry:
Nashville’s newest darling Caitlin Quisenberry is bringing her Denver flair to Music City. No stranger to the stage, Caitlin first started singing at age three. When she was 14, she recorded her first EP with multi-GRAMMY-winning producer Robert Cutarella and the following year she found herself on American Idol, where she earned a Golden Ticket and was pushed through to Hollywood. While in college Caitlin took her talents to the next level, studying in Switzerland with renowned opera singer Karine Mkrtchyan. Now that she calls Nashville home, Caitlin has teamed up with producers Ben Simonetti (Zac Brown Band) and Sal Oliveri (P!nk, Chris Stapleton) to create music that speaks to everyday life and interpersonal relationships that are easily relatable. Her debut single “Blue,” premiered on CMT and “WHAT IF” was chosen as one of their picks of the week. She was also named “Nashville’s Newest Darling” by Hype Magazine. She has since received placements in American Songwriter, New Music Nashville, Country Note, ThinkTankNashville, Westword, and Medium.com.

Caitlin Quisenberry sings a new kind of love song in her heartfelt anthem about the promise of sticking by your partner’s side through thick and thin.