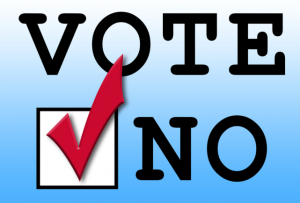 The handful of people who cooked up Question 3 have not given Mainers a single good reason for this amendment to our Constitution.”
— Gina Garey, Maine State Director at Animal Wellness Action

PORTLAND, MAINE, USA, September 27, 2021 /EINPresswire.com/ — A broad coalition opposing Question 3 – the so-called “Right to Food” constitutional amendment – came out swinging against the measure today, urging sensible Mainers to vote “No on 3” and declaring that “the measure is a solution in search of a problem.” The coalition, called “the Right to Food Amendment Leaves a Bad Taste in Our Mouths Committee,” said that Mainers concerned about hunger, responsible farming, local control, family farms, animal welfare, and clean air and water should vote No on 3.

When this measure came before the legislature, it was opposed by a diverse set of organizations – including the Maine Farm Bureau and Maine Potato Board, the Maine Municipal Association, the Maine Veterinary Medical Association, Maine Friends of Animals, the Maine Animal Coalition, Animal Rights Maine, and Animal Wellness Action. That coalition is now expanding to include even more diverse stakeholders who share an interest in stopping this misguided measure.

“Clarity of language is vital in constitutional measures because it is not easily amended and the rights to be protected are defined by the court not the drafter. This vague and undefined amendment could take away the power of local governments to provide proper health and safety, protect water resources, supply meals for students and address climate and housing challenges through zoning,” said Rebecca Graham of the Maine Municipal Association, which represents local governments throughout the state.

Animal wellness and veterinary organizations throughout the state are also strongly opposed. “Question 3 asks Mainers to support a constitutional amendment that would preempt all local and state ordinances pertaining to animal cruelty, zoning, and food safety in the name of the ‘Right to Food.’ Yet it does not provide any avenue for alleviating hunger in Maine,” said Dr. Janelle Tirrell, Maine Veterinary Medical Association.

“Question 3 is so vague that it could unwind some of our state animal welfare laws, including the ban on keeping breeding sows in crates barely larger than their bodies,” said Beth Gallie of the Maine Animal Coalition. “Whether or not it was the design of the drafters of Question 3 to nullify farm animal welfare laws, that is the effect and for that reason alone, Mainers should vote ‘no’ on the measure.”

Critics said Question 3 will make Maine the only state that puts a handful of judges in a position to determine the future of Maine’s food policy. It will create confusion and invite legal challenges, such as when it comes to enforcing Maine wildlife laws.

“The handful of people who cooked up Question 3 have not given Mainers a single good reason for this amendment to our Constitution,” concluded Gina Garey, Maine state director of Animal Wellness Action.

Animal Wellness Action (Action) is a Washington, D.C.-based 501(c)(4) organization with a mission of helping animals by promoting legal standards forbidding cruelty. We champion causes that alleviate the suffering of companion animals, farm animals, and wildlife. We advocate for policies to stop dogfighting and cockfighting and other forms of malicious cruelty and to confront factory farming and other systemic forms of animal exploitation. To prevent cruelty, we promote enacting good public policies and we work to enforce those policies. To enact good laws, we must elect good lawmakers, and that’s why we remind voters which candidates care about our issues and which ones don’t. We believe helping animals helps us all.