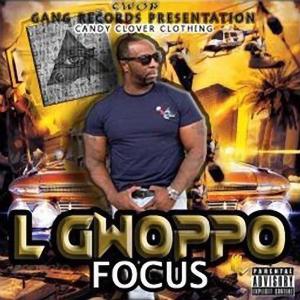 Sending ripples in the Hip Hop world, L Gwoppo captivates listeners with rich and immersive songwriting and lyrics in the release of his latest single “Focus”

NEW YORK CITY, NEW YORK, UNITED STATES, September 10, 2021 /EINPresswire.com/ — A rising name in the wide-ranging world of Hip Hop, L Gwoppo is set to soar towards success, with his stunning new single. Featured by soul-stirring and memorable songwriting and rhythms that are both catchy and authentic, the dynamic artist hopes to make a name for himself and his brand.

Having been released on July 24th, 2021, the single titled “Focus”, sheds light on the need to fight all odds, and stand up against any challenge that life sends your way to achieve all your goals and dreams. Apart from being a songwriter who immerses listeners in a whole different dimension with his lyrical brilliance, L Gwoppo also serves the role of executive producer on the latest track, highlighting his independent drive and inimitable musical prowess.

A truly authentic and relatable track, “Focus” showcases the eclectic artist’s originality in lyricism, backed by the power of hard production, echoing his street artist roots. A powerhouse of talent, L Gwoppo’s music paints a realistic, memorable, and authentic image of life, rooted in his own upbringing and experiences in the streets and neighborhoods of Harlem.

Although L Gwoppo’s foray into the music world began back in 1997, the artist remains ever ready to amaze and inspire, devoted to his music company(Gwap Gang Records) and his clothing business (Candy Clover Clothing & Fashion Designs, LLC).

Check out the newest single from L Gwoppo and make sure to follow the artist on social media for updates regarding new releases. For interviews, reviews, and/or collaborations, feel free to contact the artist through email.

Leon (L Gwoppo) Greathouse is an up-and-coming Harlem-based rapper, who is driven to follow his musical journey in the Hip Hop industry. Growing up, Leon remained exposed to a life of crime filled with drugs, gangs, and violence. These problems were only exacerbated by a broken judicial system, which resulted in him spending around 16 years in state prison, facing numerous trials and tribulations. Throughout these trying times, L Gwoppo would work on honing his skills and developing his lyrical craft in the confines of his cell in the Cosackie and Clinton Correctional Facility.

Despite having a burning passion for Rap, L Gwoppo’s career prospects in the industry were stunted due to his incarcerations. Today, a free man, at 41 years of age, Leon remains inspired to show the world his phenomenal musical talents and skills, producing high quality music in the Rap genre.