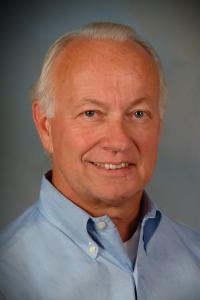 AVON, CT, UNITED STATES, July 12, 2021 /EINPresswire.com/ — The late acclaimed actor Paul Newman’s company, Newman’s Own, became famous as a business that began with a single salad dressing product and the first business to promise to donate 100% of its profits to charitable purposes. It was 1982, and no one thought such a business could survive, but as it approaches four decades since its founding, Newman’s Own* has grown into a highly respected, international business with scores of products in categories such as salad dressings, spaghetti sauces, popcorn, salsa, lemonade, frozen pizza, pet food, and more, and along the way has donated close to $600 million in profits to thousands of charitable organizations around the world.

Robert H. (Bob) Forrester, who succeeded Paul Newman after his passing in 2008, and until May 2019 filled the roles of Chairman of Newman’s Own, Inc. and President and CEO of Newman’s Own Foundation**, recalls, “While Paul Newman was a Hollywood superstar, in real life he was a person of true humility, who felt he had been lucky in his life and sharing his good fortune with those less fortunate was just the right thing to do, he wanted to do his part to help make the world a better place for all people, that was his motivation behind dedicating all his Newman’s Own profits to charity.”

“I had been a close friend of Paul’s for many years, and as friends, we partnered in numerous charitable interests.” reminisced Bob Forrester. “We were together in starting a nonprofit organization to encourage corporations to step up to be more philanthropic and engaged in the community, we created an initiative to treat Iraqi children with cancer and retrain Iraqi medical professionals during the Second Gulf War, we started an organization to bring affordable, safe water to those at the bottom of the economic pyramid, and I was with him as he helps start 13 camps for children with life-threatening medical conditions. Paul was the inspiration for these initiatives and brought significant capital to their start-up. My role was to help develop the organizations and navigate the always tricking start-up phases. More the sweat equity part, although my wife and I were also generous donors within our means. While hard work with lots of stress, Paul and I had fun, not the giggles type of fun, but the fun of working with other dedicated people from all sorts of backgrounds helping to address human needs. Paul eschewed being thought of as the leader of any of this; he just wanted to be one of the gang, in part why we bonded so closely. At some point, he began to ask me to stand in for him should he no longer be there to guide Newman’s Own. At the time, I never thought too much about it as something which might happen; I was just saying sure, count on me, to a friend.”

The first step occurred in 2005 when Newman’s Own Foundation came into being; Paul was its first Chief Executive Officer and asked Bob Forrester to join him as a Founding Director and Chief Operating Officer, a position he filled part-time while still running his own consulting successful nonprofit company. “We worked together in these roles for about four years before his passing, which was a great gift in providing me an even greater understanding and insight into his philanthropic wishes, and how he hoped Newman’s Own would continue to operate. While I later carried the titles of Chairman and CEO, I always thought of myself as a steward of Paul Newman’s legacy, the person whose duty was to build the bridge to the future for Newman’s Own grounded in the values and principles that were important to Paul. By the time of Paul’s passing, my career, which was approaching 40 years, had been spent in nonprofit work all over the world. All too often, I had witnessed the direction, purposes, and feel of what a person left as a philanthropic legacy being disregarded by those who later come into control of it. This has always struck me as a betrayal and unacceptable. The original donors’ intent should always be the touchstone for decision-making. I am not saying those in the future must support the same organizations or purposes, but they should always strive to arrive at their decisions in a way that respects the original donors’ values, principles, and wishes. Paul Newman wanted Newman’s Own to be grounded in a spirit of generosity and humility, be a risk-taker, look for the little guy with the big idea, and get behind them. In a video, he said that one of the aspects of Newman’s Own of which he was most proud is that it is non-corporate. By this, he meant it was not a hide-bound, top-down organization that thought it had the answers and those who wanted funding needed to fit into a box it created. He stressed in this same video that Newman’s Own should not take itself too seriously. A sense of irreverence, good humor, and goodwill should permeate the culture. The last thing Paul wanted was for Newman’s Own to play it safe and join the herd, be controlled by the unfeeling and self-absorbed. He was a maverick in his life, and his legacy should always reflect this.”

“Our mission was unambiguous, to use the best natural ingredients to make and sell great tasting foods for the sole purpose of making money to give in support of charitable purposes. It was not complicated,” notes Bob Forrester, “but getting it done was another matter entirely.” Not only had Newman’s Own lost its widely admired and highly visible celebrity founder and had to make the challenging transition from a company based on a founder’s personality, but there were enormous, unique external challenges, some of which could result in the demise of the organization if not successfully navigated.

Even today, some of these cannot be discussed; however, one has now become well known for saving Newman’s Own and opening a new door for new type American business and philanthropy. Due to a little-known provision in very old tax law and its unintended consequence, Newman’s Own was sentenced to needing to tear itself apart without a new federal tax law. For all practical purposes, go out of business as it had existed for the previous 26 years. On top of all his other responsibilities, the burden of not letting this happen fell personally on Bob Forrester’s shoulders. While the goal was to save Newman’s own, it was essential to Forrester that this be something special for Newman’s Own and a law that would support others who wanted to emulate the Newman’s Own model of combining business with a purely charitable purpose.

“It took nine years, a long, arduous, lonely and, at times, despairing effort. Walking back and forth between the House and Senate side of the Hill on a cold, dreary day in February or a hot and humid one in July, as many as 8-10 times in a day, then trying to appear put together and chipper for a meeting is tough duty. In 2017 alone, I had 200 meetings while pursuing this matter.” Commented Forrester. “There were many days I thought of myself as a modern-day Don Quixote in a suit and a tie, but I also knew this quest was real and absolutely needed if I was going to keep my promise to Paul Newman.”

The new tax provision, known as The Philanthropic Enterprise Act, was passed on February 9, 2018, a mere 30 days before the decision was to be made to begin the process of dismantling Newman’s Own.

Not only was Bob Forrester successful in getting a new law passed, but during seven of those nine years, he not only was the CEO of Newman’s Own Foundation but also CEO of the subsidiary food company, which grew at a 9-10% compounded annual growth rate while other food companies struggled in the low single digits.

In reflecting on his many years at Newman’s Own, Bob Forrester is candid in saying these were the most stressful of his life but also represented his greatest privilege. “When it comes to a promise like the one I made to Paul, I can be monumentally stubborn and steadfast. We made great progress during my years at Newman’s Own; we accomplished a great deal, but we also made our share of mistakes, and if there were “do-overs in life,” there are certain things I would have done differently. I know I tried my best to fulfill my promise to a friend, and I will be forever grateful to have been given this chance to have made a positive difference in the lives of others.”