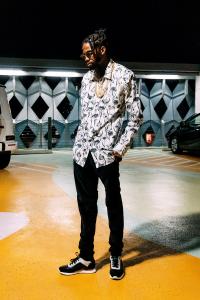 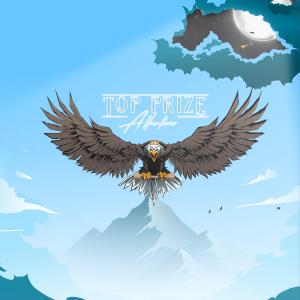 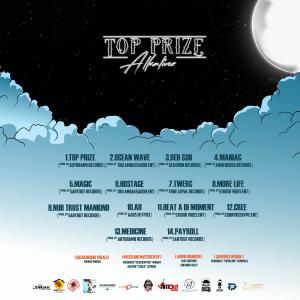 The level of artistry, growth and dominance Alkaline has demonstrated over the years is incomparable”
— Shuzzr

Since announcing his highly anticipated album earlier this year, Jamaican Reggae Dancehall artist Alkaline continues to dominate various music streaming platforms, cementing his name in history as he takes the genre to the next level.

Record Breaking Pre-Orders
Within 14 hours of making the pre-order link available, his upcoming album “Top Prize” landed on Amazon Music’s best-selling album charts in three categories – International, Reggae and Caribbean & Cuba. The album’s pre-order sales also peaked at the #1 spot for the iTunes US Reggae Album store. After peaking at #2 on the worldwide all genres chart, “Top Prize” currently holds the #4 spot worldwide for album pre-orders (all genres) rivaling the likes of Maroon 5 and Blake Shelton thanks to the unwavering support of his fanbase.

Making History
Alkaline, who recently made history as the first Caribbean act to be featured on streaming platform Audiomack’s Acoustic visual series was also the face of Spotify’s first Caribbean focused playlist ‘Back A Yard’ following their global expansion to 83 additional countries, earlier this year. His collaboration with US platform Audiomack has over 150K views in 2 days and currently trends at the #5 spot for Youtube videos in Jamaica.

“The level of artistry, growth and dominance Alkaline has demonstrated over the years is incomparable. As an independent artist he continues to break barriers globally and expand the genre’s footprint in mainstream and new media markets; in the coming weeks he will give fans a ‘soulful jam’ of tracks. Our client’s product and approach is meticulous and the results can be seen from the respect and support he receives from his fans worldwide”, states Shuzzr, Alkaline’s Publicist.

The lead and title track, Top Prize, which was released in February 2021 has already amassed millions of streams across DSP’s with similar numbers on YouTube speaking to the demand for his music globally.

The 14 track album, similar to his 2016 debut “New Level Unlocked” which opened at #1 on the Billboard Reggae Album chart and spent 18 consecutive weeks, speaks to his growth and differentiation as a dancehall act.

Top Prize can be pre-ordered at http://lnk.to/top-prize