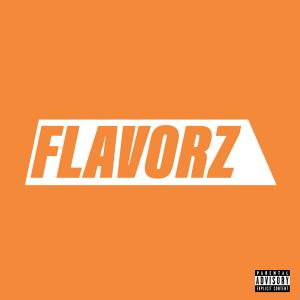 We’re excited to work with a company that cares about its clients and artists as much as we do and shares our mission to push the music industry standard forward.”
— Alex “Loyalty” Gelbard, Co-Founder & COO of Bighead Music Group

MEMPHIS, TN, UNITED STATES, September 8, 2021 /EINPresswire.com/ — Beatroot, a leading independent music distributor and part of the Made in Memphis Entertainment (MIME) family of companies, has signed a worldwide distribution deal with Hey Bighead Music, a Bighead Music Group company focused on developing new artists and established talent, as well as helping to bring social media influencers into the music world. The first artist to be released through the partnership is Tupac Shaquille O’Neal, whose single for “Flavorz (feat. Bighead)” is available now.

“Bighead Music Group has already achieved tremendous success on its own, and Beatroot is excited to be partnering with them to help take their Hey Bighead Music artists to the next level with our distribution services,” said Tony D. Alexander, President and Managing Director of MIME. “Beatroot prides itself on providing unparalleled service to our clients. Couple that with Hey Bighead Music’s incredible roster of music and unique dedication to their talent, and we are primed to make some real noise all around the world.”

“Brenden and Alex have their finger on the pulse of what’s next in music, and I’m thrilled to welcome them to the Beatroot family,” said Peter Thea, Head of Business Development at Beatroot. “They’ve already racked up some incredible achievements on their own. The sky’s the limit on what they can do now that they have Beatroot behind them!”

“Everyone at Bighead Music Group has been fans and followers of Beatroot and MIME for a while now,” said Alex “Loyalty” Gelbard, Co-Founder & COO of Bighead Music Group. “We’re excited to work with a company that cares about its clients and artists as much as we do and shares our mission to push the music industry standard forward.”

“The partnership with Beatroot with my new label Hey Bighead Music is significant because I will be able to develop new artists that I’ve believed in for some time and also have the right platform in place to get their music out on the distribution side,” said Brenden “Bighead” Murray, Co-Founder & Executive at Bighead Music Group. “Beatroot was interested in working with me a couple years and I thought it was hard that Peter Thea flew all the way out to my studio to link with me in person. We finally made a big deal work. Shout out Matt Buser!”

In addition to Beatroot’s top-of-the-line music distribution services, clients may also benefit from synergies with its fellow MIME-owned companies 4U Recording, a state-of-the-art recording studio with locations in Memphis and Atlanta; Heavy Hitters Music, a film, TV, and ad sync company with an all-female creative team and Emmy-winning music catalog; and MIME Publishing, an independent music publisher representing some of the best up-and-coming artists, writers, and producers in hip-hop.

About Made in Memphis Entertainment (MIME)
Made in Memphis Entertainment (MIME) is a Black-owned full-service entertainment company with global reach, but with its heart in the hometown of modern American music. Founded in 2015 by original Stax Records songwriter/producer and Songwriters Hall of Fame inductee David Porter (CEO) and 20+ year business and legal veteran Tony D. Alexander (President and Managing Director), MIME is dedicated to re-establishing Memphis as a key music industry hub while expanding its influence around the world, all while developing and promoting diverse talent on both the creative and business sides of the industry.

MIME’s family of companies includes MIME Publishing, an independent music publishing company that handles Porter’s legendary post-Stax songwriting catalog and other copyrights of some of the most sought-after young producers in hip-hop and R&B; Heavy Hitters Music, a film, TV, and ad sync company with an all-female creative team and Emmy-winning music catalog; Beatroot Music, a leading independent music distributor, as well as its subsidiary Beatroot Africa; and 4U Recording, a state-of-the-art recording studio in Memphis with more branches opening soon.