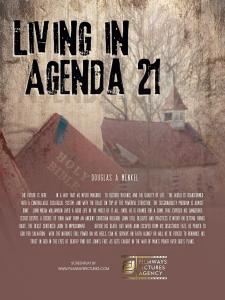 In cooperation with Filmways Pictures, Douglas Menkel prepares a screenplay adaptation of his science-fiction novel.

The idea of transforming my novel into a screenplay has been playing in my mind for a long time. And now that I found a reliable production company to partner with”
— Douglas Menkel

SAN FRANCISCO, CALIFORNIA, UNITED STATES, September 15, 2021 /EINPresswire.com/ — In light of his recent success as an author, Douglas Menkel is currently working on a screenplay for Living in Agenda 21. He is working with Filmways Pictures Agency for the creative works and the creative licensing of the project.

“The idea of transforming my novel into a screenplay has been playing in my mind for a long time. And now that I found a reliable production company to partner with, I guess that dream is coming true for me,” said Menkel in an interview.

Just like the setting in his science-fiction novel, the screenplay is set in a newly transformed controllable ecological system. In the midst of it all, John Micah Williamson was living his life to the fullest. Until he was framed for a crime and his dangerous secret came to light.

Alone and on the brink of death, the action heightens as he escapes from captivity and evades the manhunt. As his journey of survival ensues, he discovers more frightening secrets about the battle between good and evil.

“I’m planning to create interesting plot twists in the screenplay adaptation of my novel. Previous readers of my book should watch out for it because it will definitely be an action-packed one,” added Menkel.

Aside from producing the screenplay, Filmways Pictures will also represent the author when it comes to creative licensing management. Both parties are now in the final stages of discussing the details regarding the project before production is set to begin.