We can add four features to your earbuds using a single IC. 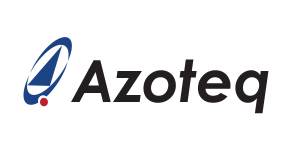 Azoteq can design a touch interface, wear detection, docking detection and a waterproof button or force sensor for your TWS using a single chip.

By using only a single IC, it saves board space, bill of material, power consumption and manufacturing costs.”
— Jean Viljoen

The IQS7222A’s capacitive-sensing channels are used to design a sensitive and robust touch interface. Three dedicated capacitive channels sense taps for play and pause; double taps to skip tracks; tap-and-hold to mute; and up-and-down swipes to increase or decrease volume.

The wear detection employs Azoteq’s latest technology and algorithms to ensure reliable wear detection. The feature has numerous benefits, including auto-off for power saving, or automatic pause or mute when the earbuds are taken out. The feature is based on a capacitive-sensing pattern that provides a stable reference in all cases, along with on-chip algorithms and a temperature reference channel. Azoteq’s wear detection solves many known industry issues with optically competing solutions, such as being able to detect wear on different skin tones.

The IQS7222A sensing engine allows for the measurement of Hall-effect currents, which are induced in the presence of a magnetic field. Two on-chip Hall-effect plates are available to be configured and assigned to sensor channels to facilitate magnetic field sensing. These can be used to detect when the earbuds are docked to automatically disable Bluetooth and initiate charging.

The fourth feature is a choice between Azoteq’s waterproof inductive button or the inductive force sensing. The waterproof button uses an inductive sensing coil on the PCB to detect the movement of a metal object through the housing. This allows you to seal off all electronics on the inside of the housing while still detecting the deflection of a metal button on the outside to produce a function.

Force sensing, however, happens when the user squeezes the housing of the application to produce the desired action – such as the play or pause of music in earbuds. Force sensing is a popular user interface for TWS applications, as it is not prone to false activations when the earbud is handled or put down on a table. It is also a more robust and reliable interface than capacitive sensing in applications that tend to get wet or damp, such as earbuds that are used in more active lifestyles.

Competing force-sensing techniques are based on capacitive sensing, while Azoteq uses inductive technology. When the housing is compressed, the sensor detects the decrease in distance between a target and an inductive coil or SMT inductor on the PCB to produce an output. The sensor can be calibrated to trigger an action only when a certain amount of pressure is exerted, allowing manufacturers to achieve repeatability in manufacturing. The method also allows designers to completely seal in electronics to design a waterproof solution that is aesthetically pleasing, without seams, buttons, or apertures.

In essence, Azoteq’s IQS7222A IC is an all-in-one capacitive, inductive and Hall-effect IC that allows you to add a capacitive-swipe user interface, magnetic docking detection, capacitive wear detection and your choice of a waterproof button or force sensing by using a single chip. By using only a single IC, it saves board space, bill of material, power consumption and manufacturing costs.

About Azoteq (Pty) Ltd
Azoteq is a pioneer in sensor fusion. With more than a decade of capacitive-sensing experience, the sensor offering is now expanded to include multi-sensor technologies on single ICs. Azoteq has design and manufacturing centers in South Africa and China, and sales offices and distributors in South Africa, Asia, Europe and the USA.
IQ Switch®, ProxSense®, ProxFusion®, LightSenseTM, AirButton®, DYCALTM and WearMax™are trademarks of Azoteq (Pty) Ltd.