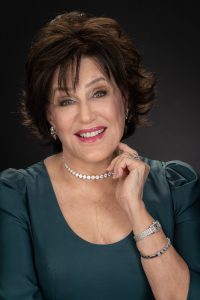 LOS ANGELES, CA, UNITED STATES, August 31, 2021 /EINPresswire.com/ — From CEOs to coffee shop owners, Afghan women entrepreneurs have shut down their businesses and fled the country or gone into hiding, fearing reprisals after the Taliban’s takeover. Thousands of Afghan businesswomen shut up shop. Almost 57,000 women own enterprises in Afghanistan. Female entrepreneurs worry over safety and income

Acclaimed author, Adrienne Rubin, shares her thoughts on this matter as she is deeply affected by such tragic events. “As of June, 2021, Congress had approved the expenditure of $3.9 million to aid the civilians in Afghanistan, most of it for COVID-19 vaccines, emergency medical assistance, and shelter and food to the needy,” states Rubin. “Because Afghan women were considered an important part of the economy, $787 million was designated specifically for businesses run by women.”

Aug 26 (Thomson Reuters Foundation) – Ten days ago, Nadia was a successful businesswoman running a popular cafe in Kabul, championing female empowerment on television and mentoring scores of fellow women entrepreneurs. Today, the 33-year-old MBA graduate is holed up in a secret location in the Afghan capital – fearing for her life, unable to provide for family and resigned to the belief that her many achievements of the past two decades now amount to nothing.

Rubin continues, “The US is expected to donate a similar amount in 1922. However, this allocation has yet to be decided. Ideally, our goal in the US has always been to support a secure, unified, democratic, and self-reliant Afghanistan. However, with the withdrawal of US troops and the Taliban in control, the Afghan people lost their sense of freedom overnight.”

Nadia, whose name has been changed to protect her identity, told the Thomson Reuters Foundation by phone from Kabul, “There was no choice when the Taliban entered Kabul, I had to run and hide. I am well known in Afghanistan. Now I am worried they will come for me and my family. Over the past 20 years, so many women like me have worked hard to make our place in society and make a future for our country. Now, we are back to zero.”

These successful businesswomen have been ostracized and all progress has been reverted back to its original state. Rubin concludes, “It happened too fast. Depression and hopelessness have suddenly surged as the austere control of Taliban rule begins, and women with viable businesses once again don their burkas.”

Adrienne Rubin is a wife, mother, teacher, and businesswoman who started a wholesale jewelry company from scratch. Originally a high school French teacher, Adrienne published two cookbooks for charity before making the decision to go into business as an importer of fine jewelry, selling to the trade. Selling successfully to stores all over the United States, she eventually opened Avanti Fine Jewelry, her own jewelry store in Beverly Hills.

An entrepreneur, risk-taker, and iconoclast, Adrienne believes that, even though honesty and integrity are losing ground to greed and a lack of ethics in today’s world, rewards will come to those who persist. She is passionate about showing aspiring business owners how to put the “I can do that!” into everyday practice.

As the recipient of the 2019 Jane Wyman Humanitarian Award from The Arthritis Foundation, Adrienne has been recognized for her efforts to raise funds and awareness for this painful disease. Today her recent pursuits involve investing in real estate and spending time with her husband, her children, and grandchildren in Los Angeles.