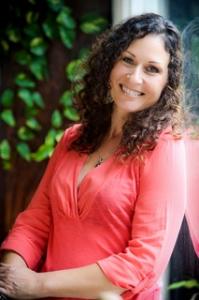 Premiere of new season of “Awakening Giants” is part of a free 3-day virtual event designed to advance change in humanity through individual transformation.

The show strives to deliver powerful inspirational content that supports the viewers desire to see their own struggles reflected in the lives. challenges, and journeys of Awakening Giants.”
— Spryte Loriano

TAMPA, FLORIDA, UNITED STATES, October 6, 2021 /EINPresswire.com/ — “Awakening Giants” a docu-real TV series produced by Legacy Life Productions to premiere new season on October 10th as part of a free 3-day virtual event designed to advance change in humanity through individual transformation and to help citizens of the world challenged by issues stemming from the global pandemic.

“Awakening Giants” is an exciting transformational real TV show that empowers viewers to mindfully reach their full potential by sharing inspirational stories of breakthroughs, healing, and growth by cast members. Episodes will transport viewers to exotic locations where participants are challenged to tackle big issues, overcome their limiting beliefs, heal from past traumas and give back to communities around the world. Along the journey they band together, and learn to trust themselves, and each other as they awaken and transform before the eyes of the audience.

“The show strives to deliver powerful inspirational content that supports the viewers desire to see their own struggles reflected in the lives, challenges, and journeys of the Awakening Giants,” said Spryte Loriano, Creator, Executive Producer, and CEO of Legacy Life Productions, Inc. “We encourage our participants to leave the city of their comfort to find something wonderful – who they really are. Our mission is to produce positive, impactful media that truly changes the lives of both our viewers, cast members, and the world.”

The episodes of “Awakening Giants” take the viewer through a lean-in experience as they witness a new model for leadership. Cast members succeed not through competition, greed, or one-upmanship, but by looking at their mistakes, self-questioning, being open-minded, learning to turn embarrassment into self-confidence, and shame into sharing. The inspired audience then gets to take their own Giant Journey, by connecting with the Giants, lessons, coaching and training through the website and social media communities, and even come together to Create Change from the Couch by donating to causes seen in the episodes. Over $100,000 was raised for global causes during the Pilot Season.

“The breakthrough for me while participating in the filming of ‘Awakening Giants’ was to be able to move thru my life and business after a huge loss. The greatest gift is being part of something bigger than me that is bringing out the best in all of us,” said Linda Fostek, The Crisis Planner.

Register for the 3-day virtual event and see the premier on October 10th by going to www.giantsjourney.com Join Awakening Giants viewers by following the community: @awakeninggiantstv on Instagram; and https://www.facebook.com/groups/awakeninggiantstvcommunity on Facebook.

Spryte Loriano is a visionary humanitarian, a conscious business and media producer, who has helped transform thousands of lives around the world. Highlights of her varied career have taken her from bedsides of the sick and suicidal, to boardrooms of billion dollar companies, raising millions of dollars for clean water, empowerment and education, to co-organizing the largest food distributions in US history, and speaking to audiences as large as 13,000. She is the Creator and Executive Producer of AwakeningGIANTSTM, a new Docu-Real Transformational TV Series launching October 2021 on streaming platforms, and is obsessed with inspiring herself and others to live a high vibrational, awakened life.

For more information on Awakening Giants go to www.awakeninggiants.tv