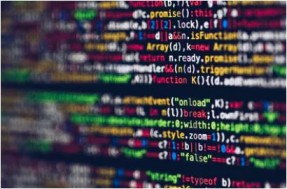 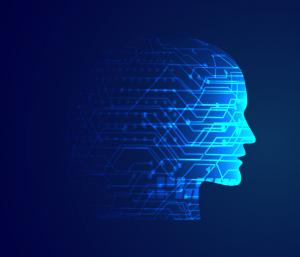 MIAMI, FL, UNITED STATES, September 27, 2021 /EINPresswire.com/ — AVD Security has made an encryption software called Cyphertop that helps people protect their files from being hacked and is the only system that in invulnerable to quantum hacking.

Cyphertop is innovative and edge-cutting encryption software designed by AVD Security. Their software incorporates new approaches and techniques of cryptography discipline rather than old traditional methods. Cyphertop is an asymmetric ciphering system by blocks. The internal data structure of Cyphertop consists of a series of numerical sets called DNA. Each DNA is used to communicate two users hence is called a Connecting point. It serves to connect two users through that DNA so that they can exchange files, messages, stenographer files or messages, voice calls, video calls, documents without it being hacked by outsiders. This technique also makes the Cyphertop system impenetrable by quantum hacking. Cyphertop helps to protect private information, sensitive data, and the communication between sender and receivers.

Many people wonder this question, how to make a chat encrypted? What exactly is encryption? Encryption is securing digital data as codes using one or more mathematical techniques. End-to-End encryption refers to the coding of a message in such a way that it can be only understood by the sender and the receiver. In that perspective, even secret codes used by little kids can be considered an example of end-to-end encryption. This used to be of great importance during the time of war when one party had to send a message to the other party without it being decoded by the third party. Nowadays, when one mentions data or information they usually refer to digital information. In the modern-day end-to-end encryption has immense importance. People all over the world use the internet as the core source of communication but they are also keen on keeping their conversations and data private. This is where end-to-end encryption comes into play. Even though it is visible to people, only the sender and receiver can decode the data. Unlike its peers, Cyphertop has truly innovative cryptography art. Making sure to deliver a product that not only is up to par but also better than most.

Cryptography means the technique and study required to send a coded message so that even if it is visible to people only the sender and the receiver can decode it. It has been used by generations to hide messages. Secret handshakes, secret codes, hand signals are all examples of cryptography. The world has advanced throughout the years and so has the means through which information is conveyed. The world now has much more data and information. Hence it has designed much more advanced systems through which information is conveyed. Stenography is the newest form of cryptography. Hiding a text or message within an image is known as stenography. Any files such as text, audio, or image can be concealed using one another. All this falls in the category of stenography. In old times, information was hidden within paintings or pictures that were considered harmless and unsuspicious. That was also a form of stenography. But in the modern world, since more sensitive information is to be transferred people have come up with more advanced techniques and technology. Hence, Quantum Stenography was brought forward. Modern-day quantum stenography focuses on rearranging files in one form from another to send. However, the data won’t be much helpful until one can decipher it. For those moments Quantum Steganography Decoder is used to convert any image to its original format. People can convert their data to a brand new image using Cyphertop. All data would be secured to send and would not look suspicious at all. Hence, Cyphertop is a stenography software. More details of stenography used in cyber security can be found on Cyphertop’ s website.

Cyphertop has become a fast, secure, and quantum encryption software that protects their customer’s files and allows them to send their data to other people through a secret code.