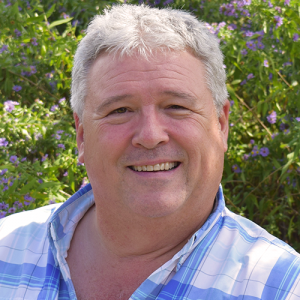 Stanford will serve on the NCA Board of Directors through 2024.

ROUND ROCK, TX, USA, October 15, 2021 /EINPresswire.com/ — Blake Stanford has been re-elected to the National CACFP Sponsors Association (NCA) Board of Directors through September 2024. He was also elected to serve as Board President for a two-year term beginning October 1, 2021.

Blake Stanford, a fourth generation Texan, spent part of his childhood in Mexico and Nicaragua, and graduated with honors from Robert E. Lee High School in Midland, Texas in 1977. A 1981 graduate of Southwestern University in Georgetown, Texas, he received a Bachelor of Science degree in Social Sciences, Political Science and Economics, and a Bachelor of Arts degree in Spanish. Stanford also attended the Lyndon Baines Johnson School of Public Affairs at the University of Texas at Austin from 1982 to 1984. Stanford’s early public service included short stints at the Texas House of Representatives, the U.S. Department of State’s Agency for International Development, Agricultural Office in Khartoum, Sudan, and the Food Services Division of the Texas Department of Human Services in Austin.

Stanford is the Founder and President of Southwest Human Development Services, Inc., a private, nonprofit agency and sponsor of the USDA Child and Adult Care Food Program since 1985. The organization serves 900 family child care providers in Texas, feeding 6,500 children in child care daily. He is currently on the Board of the Texas CACFP Sponsors’ Association. Stanford also serves on the Board of Trustees of Southwestern University. He previously served on the NCA Board as President (2011-2015), and Treasurer (2002-2009).

Since 1986, NCA has been the leading organization for sponsors who administer the USDA Child and Adult Care Food Program (CACFP), which serves over 4 million children nationwide. The Board provides the vision in the development of programs, activities, and policy positions for the CACFP. As a National Platform for the Child and Adult Care Food Program Community, NCA’s mission is to bring members information on legislation, regulation and advocacy issues, share resources among the entire CACFP community, and provide an engaging, informative annual conference–offering the largest CACFP networking and training opportunities in the nation.