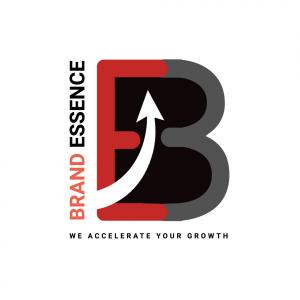 Tuna canning started to create substitute of canned sardines which is now become one of popular seafood products in USA. These are mainly sold in supermarkets or in foodservice outlets, delis, or in tuna sandwiches. The main type of commercial tuna products are albacore or a mixture of skipjack and yellowfin tuna. Light tuna, consists of skipjack and small amounts of yellowfin, and this package is the less expensive product and represents one of the largest portions of canned tuna sales. Generally yellowfin, bigeye, or albacore tuna are sold in retail stores and restaurants as fresh or frozen tuna loins or steaks. High quality or “sushi grade” bigeye and bluefin tuna are expensive and served as luxury foods in high end restaurants and are usually used in sushi and sashimi dishes.

Get Sample Copy of This Premium Report@ https://brandessenceresearch.com/requestSample/PostId/388

Tuna is one of the most widely used seafood products in the world, from which more than 75% of catch tunas are used by canning industry and 25% for direct consumption. As these products can be stored for long time by freezing, by storing it in ultra-low temperature, in air tight cans and can be used easily, the demand of canned tuna is growing in global market. Around 3,300,000 metric tonne canned tunas are sold per year worldwide, making it one of the two most sold sea food of the world. The canned tuna are used as ingredient and main dishes for various food varieties. For example, in USA, about 52% of canned tuna is used for sandwiches, 22% for salads, and 15% for tuna casseroles and dried, prepackaged meal kits. Canned tuna is a great protein source with many nutrients such as selenium and vitamin D, due to which the its demand is always present among the customers who are health conscious. One of the restraining factors is, the tunas are often caught far from where they are processed for canning, so poor temporary conservation can results in decay.

Have a Look at Related Reports:

Next Article Consumer Demand for EVs Jumps 300% in 2 Years; Market Poised for Growth

LMSPulse joins E-Learn Magazine as part of Open LMS to create a powerhouse source of thought leadership, news, information, and trends for the eLearning community. […]

The startup, which has reimagined the funeral industry as cremation services continue to gain popularity, is on target to triple its growth in 2021 PORTLAND, […]