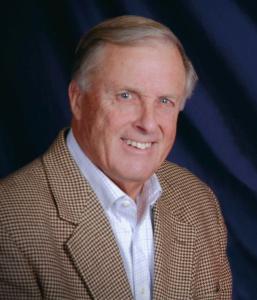 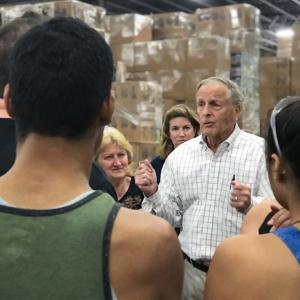 Tom Murdough, the founder of Little Tikes, Step2 and Simplay3, to be Inducted Into the 2021 Association of Rotational Molders Hall of Fame

This special award culminates my 50 years in the business. It’s a validation and recognition of the efforts and achievements of team members at all three companies during my tenure.”
— Tom Murdough

STREETSBORO, OHIO, UNITED STATES, September 1, 2021 /EINPresswire.com/ — The Simplay3 Company is proud to announce the induction of its founder and CEO, Tom Murdough, into the Association of Rotational Molders Hall of Fame. This year’s ceremony will take place at the ARM Annual Meeting, in Chicago’s Hilton O’Hare Rosemont, on Thursday, September 23, 2021

With a career spanning more than 50 years that includes the launch of three separate companies, Tom Murdough has transformed the world of children’s play and outdoor home products, by introducing the process of rotational molding into both markets. As the founder of Little Tikes™, Step2™ and Simplay3™, he brought groundbreaking ideas to the rotational molding industry such as using teflon coating for molds and designing products that could be assembled with little to no fasteners. In addition, Murdough inspired more complicated mold designs that were thought to be impossible, and developed innovations in UV protection and color matrix for its outdoor products that all molders use today.

When asked what receiving this recognition means to him, Tom Murdough states, “This award is very special and culminates my 50 years in the business. More than anything it’s a validation and recognition of the efforts and achievements of the team members both in the plant and office at all three companies during my tenure.”

About Simplay3
The Simplay3 Company was founded in 2016 in Streetsboro, Ohio by Tom Murdough, whose previous ventures include Little Tikes and Step2. Simplay3 is a veteran-owned, American manufacturer of children’s products as well as an extensive line of mailboxes and home & garden products. Simplay3 products for kids and grown-ups can be purchased on the company website, on Amazon Marketplace, and at most major retailers. You can follow us on YouTube, Instagram, and Facebook @thesimplay3company. For more information, please visit simplay3.com.