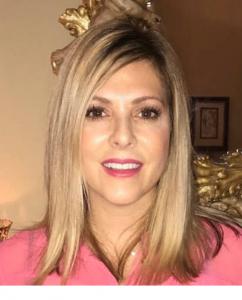 Arguably one of the most important key components of investing is the assessment of an investors ‘risk appetite’. In the investment world this can be thought of as the guardrails of investments. The guardrails are there to define which investments and the amount of risk appropriate for the investor’s defined risk profile. This concept is one which translates across every level of investing, from the top down. Whether it’s a custodian/brokerage or the end investor like a retail client (and every level in between), each plays a role in maintaining proper risk management within the guardrails. Breaching the guardrails inevitably has a bad ending at every level and we saw this first-hand with Archegos Capital Management melt-down.

A ‘family office’ founded and run by former hedge fund protégé Bill Hwang was able to bypass regulatory scrutiny with regulators. With the passing of the Dodd-Frank bill in 2010, family offices were given an exemption to not file with the SEC as Registered Investment Advisors, so they don’t have to report what their assets are.

Archegos Capital was affiliated with six “Prime Brokers” through which transactions were executed. Hwangs management of funds consisted of leveraged options as well as swaps. Financial Times reports leverage of an 8:1 ratio, while some trades had as much as a 20:1 ratio. Breaking this down, for every share of stock purchased, Archegos was able to borrow money from the custodian to buy up to 20 more shares of said stock. This is leverage to the moon which by all standards is abysmal from a risk management and compliance perspective. This magnification of leverage creates unfathomable risk and even a small downward move in an invested stock creates extreme pressure. As with any pressurized system, at some point it has to give way, which is what happened in the case of Archegos Capital. Margin calls were made by the Prime Brokers and
it is reported that in the days leading up to the melt-down, the prime brokers met with Hwang to establish a plan for an orderly liquidation of stock positions. This plan would require a coordinated effort in an attempt to stave off mass selling which would lead to certain stock prices tanking upon sell. In a race to be first in placing the sells, the cease-fire plan did not hold with the number one and two prime brokerages in the world, breaching the plan and selling Hwang’s positions on margin calls. Positions were concentrated holding millions of shares which upon sale realized losses between 30-60% in individual positions. These losses far exceed, and in some cases double the Coronavirus losses of March 2020.

Obvious questions we are left with in this devastating over-leveraged situation surround disclosures, transparency, and the fail of risk management by Prime Brokers.

USA, February 23, 2021 /EINPresswire.com/ — The unfortunate question that virtually every day trader asks themself whenever a new stock blows up is how they […]