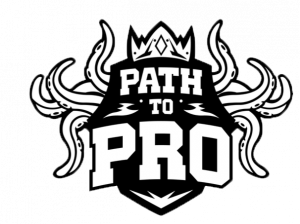 We fully believe that everyone deserves a chance at either being a player, or a content creator. With our Path to Pro Series with Aquatik, this accomplishes that.”
— James Deasey

NAPLES, FLORIDA, USA, September 23, 2021 /EINPresswire.com/ — Florida-based esports and entertainment company Aquatik has partnered with RESPAWN to hold its ‘Path to Pro’ esports tournament and streaming event. The companies will be empowering 10,000 gamers a chance to appear in professionally casted tournaments coming straight from Aquatik’s Esports studio and production facility in Naples, FL.

Aquatik and RESPAWN are joined by other partners such as; TriCore and Gamer Advantage, to bring Path to Pro to life. The series provides amateur tournament competitors and creators with a platform and industry connections, plus added attention and exposure. Aquatik will be featuring Fortnite in custom private matches with spectator mode streams for the series duration. Path to Pro is set to consist of two 6-month terms starting September 23rd, 2021.

James Deasey, the Partnership Specialist at RESPAWN, commented: “We at RESPAWN Products are excited to be partnering up with Aquatik to give 10,000 players their chance at going pro. We fully believe that everyone deserves a chance at either being a player, or a content creator. With our Path to Pro Series with Aquatik, this accomplishes that. This is a first for RESPAWN getting involved in the amateur scene, and we are looking forward to seeing the undiscovered talent come to light. “

Andrew Bouley, President of Aquatik, added: “Aquatik has always strived to give the smaller players and creators a chance. This new partnership with RESPAWN is allowing us to do that in a much grander fashion and in a scale, we’ve never been able to accomplish before.”

Winners of this tournament will have the opportunity to be fitted out with RESPAWN Products, top-rated accessories and peripherals, personalized workout routines and nutrition coaching from TriCore Gaming, unique sponsorship opportunities, and interviews with popular esports teams such as DarkZero and the Houston Outlaws. Aquatik and RESPAWN built the prize pool to give these amateur players a glimpse into the life of pro players.

If you’d like to learn more about Path to Pro, head over to Aquatik’s Website at https://aquatikesports.com, or if you’re an amateur gamer that wants an opportunity to play in the tournament, head to aquatik.gg/pathtopro to enter.