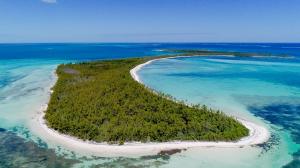 Selling the fantasy of living on an island all your own sounds easy, actually selling the island may not be. That’s why Tim Rodland, partner at Better Homes & Gardens MCR Bahamas, brought in Concierge Auctions to partner in the sale of Powell Cay in the 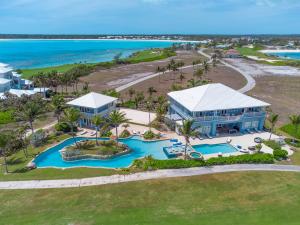 The 7,000 square foot Casa Azul on two lots at the pinnacle of Emerald Bay, Exuma, in the central Bahamas has never been listed before. Broker John Christie of HG Christie Ltd., Nassau, took the $6.75 million listing with a $3.4 million reserve directly t 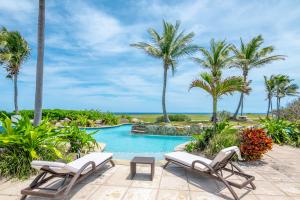 The 7,000 square foot Casa Azul on two lots at the pinnacle of Emerald Bay, Exuma, in the central Bahamas has never been listed before. Broker John Christie of HG Christie Ltd., Nassau, took the $6.75 million listing with a $3.4 million reserve directly t

NASSAU, THE BAHAMAS, April 27, 2021 /EINPresswire.com/ — With interest in luxury estates and private islands hitting record highs in the near pandemic-free Bahamas and demand outpacing available inventory, you would think selling real estate would be easier than ever.

“It’s not the selling that is a challenge, it’s reaching the right market to sell to,” says Tim Rodland, a partner in Better Homes & Gardens MCR Bahamas. “You need to reach property connoisseurs scattered around the globe who have the financial wherewithal to afford exactly what they want for a personal residence or for investment.”

What they want, says Rodland, is a safe retreat in a politically and financially stable country where laid-back lifestyle is fine so long as it is accompanied by fast internet speed and airport runways are a hop, skip or golf cart ride away.

When Rodland signed the listing agreement for the 293-acre Powell Cay in Abaco with more than 22,140 linear feet of white sand beach, he wanted the best tools in his selling kit to reach that elusive audience of potential buyers. He called on Concierge Auctions to partner, a company that has redefined the meaning of auction from a last-ditch effort to a smart first-step marketing thrust. Only 13 years old, Concierge controls 90% of the high-end residential auction market, has broken world records for the highest-priced homes ever achieved at auction, is active in 29 countries and is a success story that would have been implausible had it not been for an increasingly virtual reality world.

In The Bahamas where luxury properties and fantasy islands dot the landscape, Concierge is showing up in more and more real estate listings. It’s not just about reaching the super-wealthy, though that database is as irresistible as Cristal to a lover of fine champagne. Agents gravitate toward the online bidding process for the speed, simplicity and protection of their percentage. Most sales take place within 30 to 45 days of the signing and once bidding opens, prices heat up for five to seven days before the virtual gavel bangs and the auction is closed.

So this month while Rodland called Concierge in for Powell Cay with its blank canvas of potential, John Christie lassoed the marketing firm for his listing of a nearly $7 million estate called Casa Azul on the island of Exuma.

“This estate has everything someone who dreams of living on the oceanfront with all the luxury imaginable including their own stone-line lagoon pool could want,” says Christie, a veteran of the industry.

The 7,000 square foot residence features five oversized bedrooms and five and a half baths and has never been offered for sale before. The asking price is $6.75 million with a $3.4 million reserve.

“Casa Azul is sprawled across two lots at the very pinnacle of Emerald Bay,” says Christie, who never hesitated taking the listing directly to auction.
“It’s sure to draw great interest,” he said. “It boasts its own expansive terraces that overlook the Greg Norman-designed 18-hole championship golf course. It has a great room with a cathedral ceiling for entertaining, a gourmet kitchen, a large guest cottage. You could live there forever and never tire of the views, coffee in the morning as you watch the sun rise over the turquoise sea and enjoy evening cocktails watching that same sun, worn out from warming you all day, slip beneath the horizon. It’s a magical place.”

That ‘magical place’ along with Powell Cay in the Abacos opens for bidding on May 7. Both close one week later.

“Both of these properties, the ready-to-move-into Casa Azul, fully furnished, and Powell Cay on which you design and build your own perfect world, are extraordinary listings,” says Concierge Auctions Director of Business Development, Danny Prell. “The Bahamas is considered relatively COVID-free and I am excited about bringing these properties to market with our database of 600,000 high net worth individuals including our special 10,000 property connoisseurs, including 60 billionaires.”

Amber Massey Discusses the Role Influencers Have on the Market

Saudi Arabia And Qatar Restore Relations, Paving Way For A Potential Impact On The Oil And Gas Market

Smart Card Market To Reach Valuation Of ~US$ 79.8 Bn By 2027 – Transparency Market Research