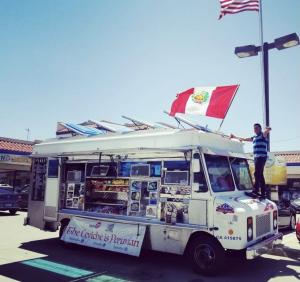 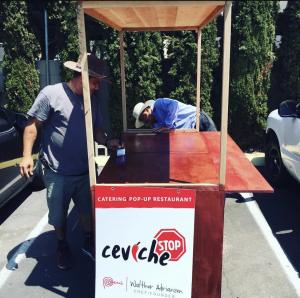 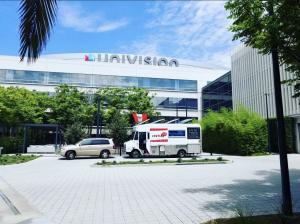 The restaurant will open on September 11th in celebration of National Hispanic Heritage Month.

CULVER CITY, CALIFORNIA, UNITED STATES, September 8, 2021 /EINPresswire.com/ — CevicheStop is pleased to announce that it will be opening the doors to its new Peruvian cuisine restaurant on September 11, 2021. CevicheStop began life as Ceviche Food Stand in August, 2015, becoming a food truck two years later in 2017 and now rebranding as a fast-casual dining experience.

“My father was my biggest inspiration, motivator and supporter. I wish he was here to see everything we have accomplished. Everything we had dreamed about is finally coming together.”

Recently described as an ‘Underground Ceviche Legend’ by Eater Magazine, Chef Walther was discovered by Garrett Snyder, Jonathan Gold and Javier Cabral in 2016 and is regarded as one of Peru’s top chefs.

Chef Walther explains that his goal is to offer his rendition of traditional Peruvian cuisine with an innovative gastronomic spin:

“We’re on a mission to celebrate life, family, and food. It’s where gourmet meets fast food. And the hope is for us to open these types of restaurants all over the city, possibly even across the state.”

CevicheStop is located at 2901 La Cienega Boulevard, in Culver City. The restaurant will have the capacity to seat over 30 diners inside, with additional patio and sidewalk seating outside. For more information, visit the website at CevicheStopLA.com.

Created as a food stand in 2015, CevicheStop became a food truck in 2017 and is now scheduled to officially open as a fast-casual restaurant serving traditional Peruvian food with an innovative gastronomical spin. Owner Chef Walther Adrianzen has earned the reputation of being one of Peru’s top chefs.