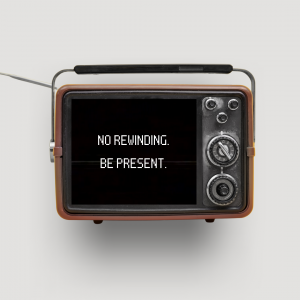 There are already just too many high quality independent movies available too often in and around Beaufort.”
— Said No One Ever

“Everyone knows that knows that Beaufort, North Carolina is the Coolest Small Town in America, right?” says William P. Kane, Director of the first year Beaufort Film Festival, aka BFF. “We’re looking to treat and inspire an otherwise under-served and appreciative audience of movie-lovers all along the so-called Crystal Coast — it’s beautiful here at the beach, and we’ve got our boats and our books and our beers all lined up, but what we’re looking for now is boffo box-office, bay-bee,” Mr. Kane continues, in his way.

The BFF sought submissions of all stripes: student films, experimental films, shorts, feature-length movies, etc. Judges are in the process of selecting the “coolest” movies to screen at one of the Beaufort Picture Show’s venues — including a retro-hip Drive-In (made out of shipping containers, of course), and a more intimate indoor venue (right next door to a micro-brewery). In addition, the BFF will provide a streaming platform (code-named BFF Virtual) for at-home screenings. Either way, the Beaufort Picture Show is intent on celebrating the art of independent film and filmmaking by providing both in-person and online access to an assortment of otherwise hard-to-find and independent films.

“So come to beautiful Beaufort, North Carolina this Fall and discover a true film festival experience while you’re here,” Kane says. “And though we can’t promise Sundance- or Cannes-level glitz — something about a shortage of circus elephants these days — you can expect red carpets, pretty party tents, fascinating filmmaker panels, and plenty of pre- and post-screening discussions across multiple venues. Not to mention popcorn. Not to mention beer. “

The Beaufort Film Festival will celebrate its curated collection of dramas, documentaries, family fun, and fringe events at its first-year event, scheduled for October 21-31, 2021.

For more information, and the complete schedule, please visit: www.beaufortpictureshow.org/beaufort-film-festival

Tickets are on sale now.