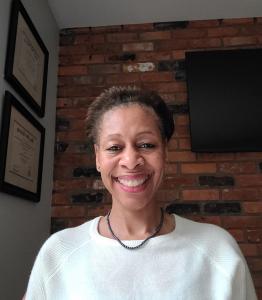 I have always believed in working well with others toward a common goal no matter the age, economic status, race, religion, or gender. This will not change with current trends nor the hour”
— Andrea Carethers

Andrea Carethers, BsPharm, Rph received her BS in Pharmacy Degree in 1995 From Wayne State University School of Pharmacy and Allied Health (now known as The Eugene Applebaum School of Pharmacy) in Detroit, Michigan. Immediately upon graduation, she was granted a Pharmacy Manager and Preceptor Position at CVS pharmacy where she remained for 10 years. While there, she held several managerial positions including working as a midnight pharmacist. Her mentor and district manager Cliff Riley nominated her for a seat on the Michigan Board of Pharmacy in 2001. She also acted as a preceptor to local graduate interns as well as graduate interns that transferred from other states and other countries.

An entrepreneur in spirit, she helped co-found Carethers Consulting in 2001 and acted as VP of pharmacy staffing until starting a new business venture in 2017. In 2017, A and J Pharmaceutical Innovations L.L.C., continued providing pharmacy staffing services to independent pharmacies in the area. These services include: Blood pressure screening, A1C testing, Medication Therapy Management and other Tele-pharmacy services, Immunizations, and COVID screening. During the pandemic, she helped immunize thousands of Detroit and Metro-Detroit residents with the COVID vaccine and provided COVID testing.

She has always maintained a relationship with both retail pharmacy and independent pharmacy. There is value in both practice areas and collaboratively a difference can be made. As a longtime member of the American Pharmacist Association since 1992, she is currently sitting on the APhA Diabetes Management Special Interest Group Education Committee and the APhA Medication Management Special Interest Group Telehealth Committee. She is an advocate for pharmacist gaining provider status and had an active role in gaining Senatorial support for The Pharmacy and Underserved Areas Enhancement Act as a result of participating in “Advocates in Action- Pharmacist Driving Change”.

A member of several community service groups, she held active rolls that ranged from committee member to holding a seat on the Executive Board of Mothers’ Council in the Cranbrook Educational Community in Bloomfield Hills, MI from 2001-2019. She was an active member of Jack and Jill of America Inc. Oakland Chapter in Michigan from 2011-2013. She has been an active member of Mocha Moms Detroit Chapter since 2009. She is a current member of Wayne State University’s Organization of Black Alumni. She also founded T.M.G. Investment Club (1999-2011).

Her interests include gardening, skiing, tennis, travel, and fine dining. She also enjoys museum visits and is a founding member of the Smithsonian African American Museum of History and Culture in Washington, D.C. She has been a member of The Charles H. Wright Museum of African American History in Detroit, MI since 1986.