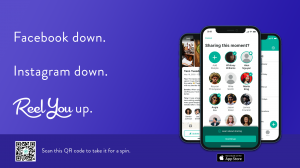 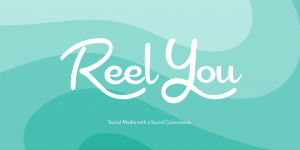 The Timing Has Never Been Riper For The “AuthenTech” Revolution

The goal of Reel Impact is to empower every person who uses our app to change the world around them by simply telling their own story. By doing so, Reel Yousers are an unstoppable force for good.”
— Jay Alberts

PLEASANTON, CA, USA, October 7, 2021 /EINPresswire.com/ — With recent revelations about the harmful impact that Facebook’s family of apps have on society, one social media platform is focused on giving people the opportunity to feel good about themselves and the difference they make in their community.

Reel You, the personal media app designed to capture life’s moments without keeping its users from enjoying the one they’re in, has officially launched its Reel Impact program to show its commitment to those efforts.

For every “moment” created in the app, Reel You donates 5¢ to a non-profit organization. Thousands of dollars have already been donated, and soon the platform will give its “Reel Yousers” the ability to select where they want their donations to go from a rotating lineup of organizations.

“We’re committed to the spaces we live in and the causes our community cares about,” said Jay Alberts, Founder & CEO of Reel You. “The goal of Reel Impact is to empower every person who uses our app to change the world around them by simply telling their own story. By doing so, Reel Yousers are an unstoppable force for good.”

As a social media app with a social conscience, Reel You’s unique approach also facilitates social interactions in a healthy manner and avoids the well-known negative consequences of using Facebook and Instagram. With no public profiles on the platform, each moment is only visible to others if they are added as a collaborator on that particular post. Users can look at their “Reel” and see all of the moments they’ve created and shared with others.

“This hasn’t only eliminated the pressure and social anxiety so many of us feel about sharing our lives online,” Alberts said. “It’s allowing us to create a much more authentic record of what our lives are actually like, and tell our stories the way they deserve to be told.”

STATS ABOUT TRADITIONAL SOCIAL MEDIA USAGE:
• Spending 3+ hours on social media per day can significantly increase the risk of anxiety and depression in teens (via Johns Hopkins Public Health).
• A Facebook internal study found that 13.5% of teen girls say Instagram makes thoughts of suicide worse, and that 17% of them say Instagram makes eating disorders worse (via CBS News).
• Based on the World Health Organization’s average global lifespan estimate of 72 years old and Statista’s report that the average person spends 144 minutes on social media every day, a person introduced to social media at 10 years old will spend approximately 6 years and 8 months of their life on it (via Broadband Research).
• Data scientist Leo Qin calculated that the typical smartphone user likely scrolls between 71.20 and 74.21 feet per day. That’s equal to scrolling more than five miles over the course of a year.
• Facebook addresses as little as 3-5% of hate and about 6-tenths of 1% of violence and incitement on its platform (via Facebook Internal Research).

ABOUT REEL YOU
Reel You helps people authentically capture and selectively share their experiences. With Reel Yousers in 40+ countries, the company’s mission is to help everyone find joy in their journey. Yousers worldwide are reminiscing over the past, finding inspiration for the future, and seeing their lives in new ways. Reel You is available to download for iOS devices, and you can learn more at www.reelyou.app.